It was a day designed by true love. This very special couple chose their wedding in early Autumn this year and celebrated with their friends and relatives alike. Choosing Zee and Cee Studio to capture their day, there were many special moments and smiles caught within the vineyards. There were many DIY elements, including writing their own vows – which Bride Bec says truly made the day what it was! Today Bec shares their intimate memories and details of their gorgeous day!

I first met Blake at a party when I was just sixteen and we quickly became best friends, spending every weekend together. Our friends and family would always joke that we would end up together and we would always laugh it off until three years later we finally figured it out and realised there was something more to our bond that went beyond a friendship.

Unlike a lot of people I only visited the one store and was lucky enough to find my dress. My mum, Abuela and my bridesmaids came along and we wandered around the store looking for something that might suit me.

I always imagined getting married in a ‘princess dress’ which was probably inspired by my favourite movie as a kid, ‘A Cinderella Story’. We chose four dresses to start, with one of which my Abuela insisted that I try but i wasn’t too fussed on it. As soon as I had the dress on, I felt excited and just wanted to twirl in it! I knew this was the right dress, which was only reinforced when I came out of the change room and everybody else loved it too – whilst my Abuela giggled and said “I told you so”!

I would describe our wedding as completely us summed up in an event. Everything from our outfits, to the location and the food was what we wanted. We wanted our guests to feel relaxed and to create an atmosphere that wasn’t overly formal but not casual enough that it could have been just a get together. We had lawn games, a dessert bar, photo booth, DJ and even a conga line at one point! The whole day was just fun!

Blake wanted to stand out from the groomsmen so he wore a vest and an ivory bowtie paired with a dark blue pant (not quite navy). He had brown leather shoes and a matching brown belt to break up the blue. Blake rarely wears suits and the traditional suit wasn’t something he felt himself in, so this was a good middle ground between casual and formal. The vest differentiated him from the groomsmen who instead wore brown leather braces.

I walked down the aisle to the song ‘Tenerife Sea’ by Ed Sheeran. What made it special was that my brother had spent months learning how to play it on guitar and recorded it for me to walk down the aisle. We also used the song for our wedding video.

Our ceremony was very personal. Our celebrant included us throughout the whole process in pulling together the different readings and made sure that our vows were of the same length. We picked Darren as our celebrant because he was so natural and genuine that it felt like we had known him forever. Our guests even asked us if we had actually known him after the ceremony!

The ceremony started by telling our story and talking about what we have been able to achieve as a couple. We both wrote our own vows where we shared our promises, but also what we love most about each other.

I had a moment of panic before walking down the aisle. I’m not an emotional person but it was such an intense feeling walking in to a room knowing all eyes would be on you and that this day had been something we had worked so hard on to make perfect. I was relieved when I reached Blake, but still so nervous throughout the ceremony. I was so thankful that he held my hand and through those moments reading my vows, it felt as if we were the only people in the room.

Our ceremony was held at the Gold Creek Chapel. It’s a stone building tucked away in perfectly manicured gardens and feels completely private from the surrounding suburb. We were lucky that the chapel is behind vintage closed gates, so it was only our guests that could enter the property. Blake and I had walked past the chapel many times before we were engaged and had always admired what we could see of it from the gates. The first time we went through to have a look, we both knew that was going to be the place we got married.

We held our wedding reception at Lake George Winery, which was about a half hour drive from the ceremony. The winery has a restaurant that is also that same stone texture, tying it in well with the ceremony location. We were lucky that March is grape picking season, so the vineyard was in full bloom without netting, making it perfect for wedding photos. Lake George Winery Restaurant features a stone fireplace in the centre of the room and the ceiling is decorated with hanging tea lights, so there wasn’t much we had to do in terms of styling!

Our bridal party was made up of our closest friends. Of my bridesmaids, I have been friends with three of them for 20 years and my maid of honour for 10 years. These are the girls who saw me at my awkward teenage stage and were there to watch my relationship with Blake blossom. It was important to have them beside me on the big day and special to know that they too will always be a part of my life.

On Blake’s side, we had my brother, two of Blake’s closest friends and as the best man we had Kyle who has been Blake’s best friend since they were four. Regardless of which side our bridal party stood on, they have all played such an important role in both of our lives.

My bouquet was a simple mix of white florals and greenery. We kept the same theme throughout with the boutonnieres and reception decor.

Looking back on it the day, it feels like such a whirlwind. It went way too quickly but we loved every second of it. Blake and I do everything together, so it was such a strange feeling getting ready without him on the morning of the wedding and keeping secrets from him like what my dress would look like and what was in my vows. It was the strangest thing!

On our drive over to the chapel, my dad and I rode in a vintage Rolls Royce. Growing up and even now whenever I see a bridal car I always want to have a look at the bride inside. It was strange to have that same attention focused on me as people tooted their horns and waved. I felt a bit like a celebrity! And I wanted so badly to share that with Blake too so I was eager to see him to say the least. When we arrived at the chapel, I felt a little overwhelmed and emotional. I can’t imagine what Blake was feeling standing there waiting for me in front of a large crowd. As I walked down the aisle, my eyes were blurred from trying to hold in the tears but when I finally made it close enough that I could actually see Blake I was so happy.

He looked so good in his suit and I will never forget the look he gave me. After the ceremony, we headed over to our reception venue for some photos in the vineyard. My dress wasn’t the most practical dress to be walking through the vineyard in. A number of grasshoppers thought they’d take up residence inside some of the layers in my dress some even held on until later that night when somebody pointed it out to me on the dance floor!

I enjoyed the early stages of wedding planning the most, seeking out a venue and that initial excitement before you get down to the nitty gritty. Our favourite experience in the planning process was by far our cake tasting. That could be because we both have a huge sweet tooth or because they were all so delicious!

Last summer, I remember Blake bringing home a box of six different cakes for us to try. We sat in our back garden like two little kids so excited to try each flavour. We even went a little bit ‘Master Chef’ and bought out a score card so we could rank each flavour and ultimately pick the best one. We ended up choosing two flavours; salted caramel and dark chocolate and vanilla yoghurt with orange blossom buttercream. We both ate way too much cake all at once and ended up on a sugar high!

Being quite a young couple, we were conscious of our budget throughout the process of planning our wedding and tried to do as much as possible ourselves. We made our own wedding favours and for everything else we tried to purchase from websites like Etsy or second-hand marketplaces.
For our wedding favours, we made hand-poured lavender scented soy candles. The glasses were sourced secondhand from Facebook and I had leftover wax from a candle making kit I was gifted. We dried out lavender from our garden and to add to the scent we added a few drops of lavender essential oil to each batch of wax.
For males we made rosemary infused sea salt. The rosemary too was from our garden which we cooked through a week before the wedding, before placing them in small jars.

When originally budgeting for our wedding, we both decided what were the most important things for us on the day. For us, we wanted to make sure the memories would be captured both through photography and video. We searched for a company that could offer both but also one that had a portfolio of natural images where the couples looked comfortable. That led us to Zee and Cee Studios. The team photographed our engagement, which gave us time to get comfortable in front of the camera before the wedding. On the day, Zee and Cee staff made everyone so comfortable and really got involved in the fun. They helped to make our day more memorable and special.

I had always read about couples wishing they spent more time together at the reception, as understandably it can get quite busy trying to say hello and thank everyone. This prompted us to have a ‘sweetheart table’ rather than a regular bridal table.

This gave us time to sit down together, catch our breath and really enjoy the moment. For any couples looking to get married, I would recommend doing the same. Whilst you have the rest of your lives to spend together, sharing those special moments and enjoying all the hard work you put into the event is so important!

Ms Zebra Says: We are sending the biggest congratulations to our writer Bec and her new husband! What a beautiful day and so wonderfully captured. Thanks for sharing your day with us! 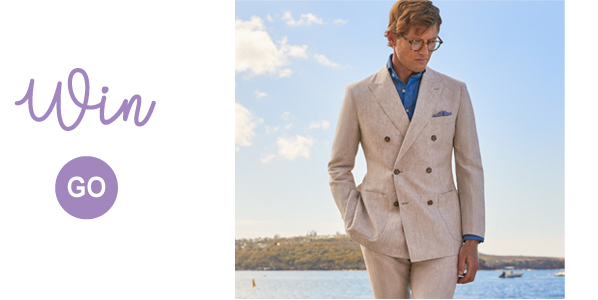 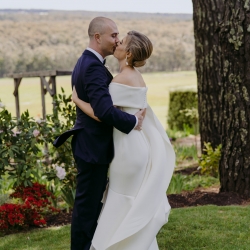