Picking the Right Live Music Band for Your Wedding

My two greatest loves are music and food apart from my husband and daughter of course! These two loves were my main priority when planning my own wedding. I’d performed at hundreds of weddings before mine as Melbourne Hit Parade – the band I run and sing in – so I took the best elements of all the celebrations we’d been a part of, and incorporated them into our wedding. I’ve been lucky enough to have seen so many beautiful celebrations – and there are some things I think worked really well and there are a couple of things to avoid. Below are some of my tips….

Use Your Band
If you’ve paid for a music band, why not use them for as much as you can? They can play the songs for the bridal party introductions, the bridal waltz, whilst guests arrive, etc. The right band will know how to play your requests exactly as you like them and a live band launching into your chosen tunes will impress your guests and create a fantastic atmosphere for the night. Don’t be afraid to request special songs; really enhance the moment you and your partner take to the floor for the first time by dancing to live music. Dealing directly with a band member who is going to be at your wedding will ensure this is a success.

If you love music, then don’t be afraid to think outside the box. When we got married music was a huge priority at our ceremony and reception as my husband and I are both musicians. We had a guitarist, singer and saxophone at the ceremony and two different bands at the reception. They played a mix of genres to keep all ages happy as well as my favourite funk tunes: Etta James, Sharon Jones and the Dap Kings, Prince, Stevie Wonder, Bill Withers, etc. It was a musical extravaganza!

High Vs Low Pricing
Don’t be fooled by high pricing – it does not necessarily mean a better product when it comes to booking wedding entertainment. You don’t necessarily get what you pay for. There are three different options when booking a band, all with different costings.
1. Through an agency. There is usually a higher price with this option as you deal with and pay an ‘Agent’ who makes all the arrangements for the evening and takes their fee. The agent then passes all the information onto the band.
2. A franchise band. This is where a large amount of musicians and managers are working under the one band name. Through a ‘showcase/viewing’ process you can view a number of singers and choose your favourite to front the band on the night. They may or may not have played together before your wedding. There is a lot of behind the scenes work looking after so many musicians so a higher fee is charged.
3. Dealing directly with just the one band. On the whole, this type of band has the same players in it for every gig with no rotating musicians. The players have often been together and developing their band for years, delivering a superior service to their clients. The cost is lower because they don’t have to pass on fees for booking agents or lots of administrative charges due to the high volume of employees. On top of that, you can liaise directly with the person who will be attending your wedding.

Your Band Can Also Be A Great MC
Your old high school buddy may be very funny but no good at keeping things running on time. Your Uncle might be great at keeping things running on time but dull as a spade. For that reason, have a really good think before choosing your MC and it’s also worth considering asking your band or DJ to MC as they’re great at sticking to the running order.

The Importance Of Following A Running Order
It seems like I’m harping on about keeping to the running order but if you stick with it for the night you will comfortably fit everything in while entertaining your guests. I have seen a lot of my clients pay for our services and only use three quarters of them because speeches run overtime, the MC has added his own speech in, or the running order for the evening simply falls too far behind!

Ensure the MC is aware of the running order and can keep the evening on track, and that those guests making the speeches keep them short and sweet – quality, not quantity, is the key!

Another thing to check on is if your chosen venue allows music to be played during meal service or not. Some venues don’t allow bands to play whilst food is being served or cleared which can cut into your band’s playing time, especially if speeches have run over time or if the running order is out. A venue that is used to having live music will probably let you know about this, however, it pays to ask!

Ms Chinsoiserie Says: Some really helpful advice about choosing a band – especially about maximising their playing time by following a running order!

About Melbourne Hit Parade: We are an impressive all-live band featuring some of Melbourne’s most talented musicians. We’re sophisticated and energetic and from either a rocking 4-piece quartet or a mind-blowing 11-piece band, we have an ever-growing repertoire covering all the classics as well as  70’s disco, rock and current Top 40 hits. 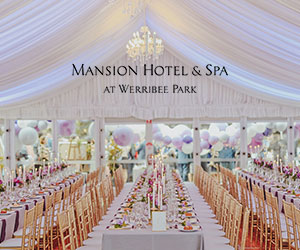 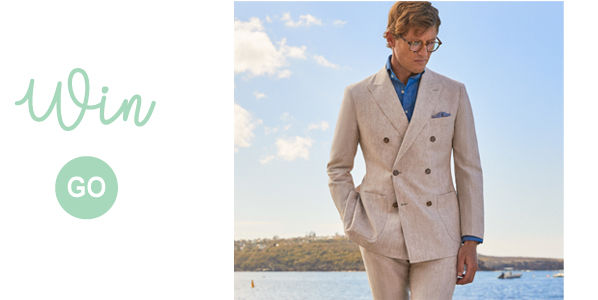 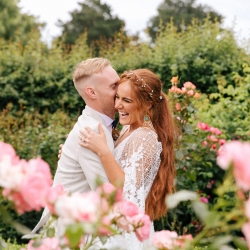