In The Know: Creating Coastal Wedding Films With Lovereel 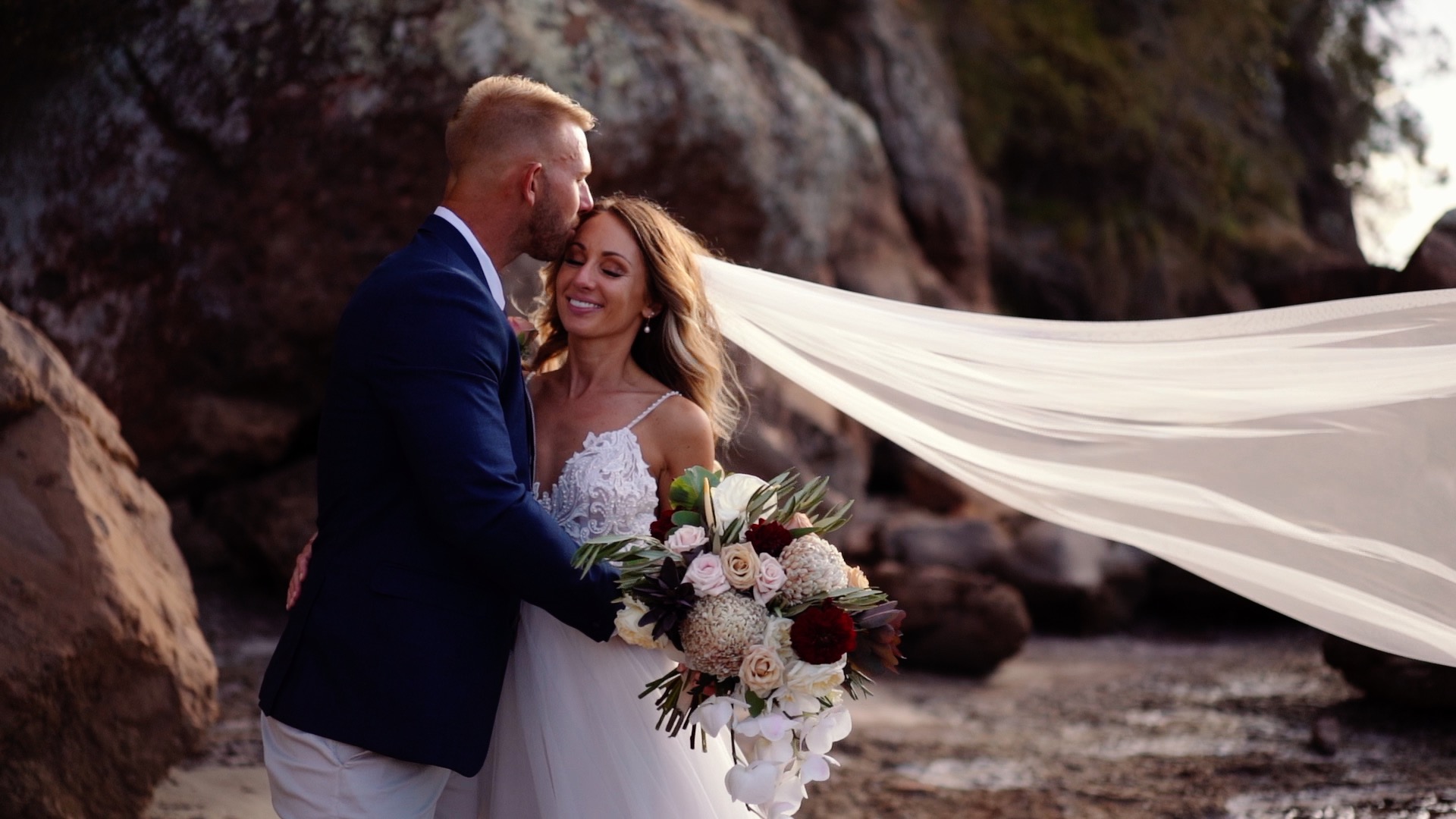 Tips for having your wedding day filmed when it’s set along the coast? The terrific team at Lovereel really do know their stuff, and are here to give the low down in In The Know: Creating Coastal Wedding Films!

We love coastal weddings! If you are planning on getting married outdoors on the coast though, it’s worth considering having a backup plan, just in case it’s too windy or raining on the day. 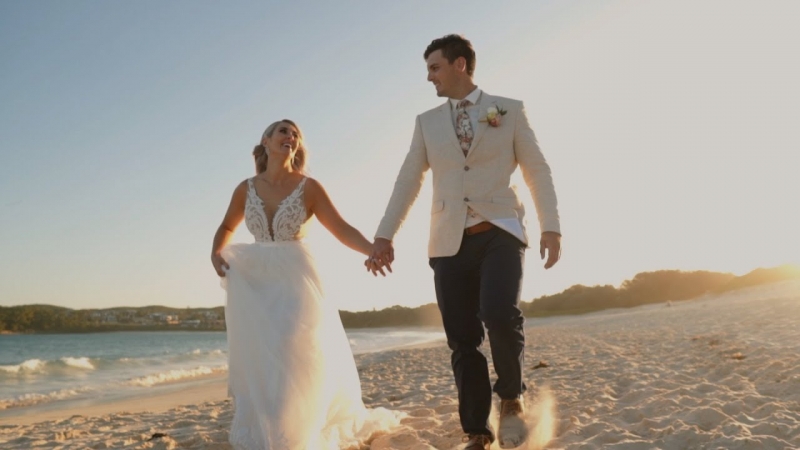 When it comes to filming a coastal wedding, if you’re getting married on a cliff next to the ocean for example, capturing clear audio is near impossible if it’s a particularly windy day, as we’ll essentially be recording the wind noises too (it’s unavoidable). Sometimes, this just adds a nice atmosphere to your film (if you’ve chosen a film where audio is included, such as our Short Films), as long as the wind is light as it is here in Samantha & Michael’s short film, which we captured in Newcastle. Their wedding celebrant was Jeremy from That Altar Guy.

If the wind is heavy, however, it will certainly interrupt the audio at times, possibly making some words unclear. This isn’t going to be too much of an issue if you’ve ordered one of our Highlight Films where there’s likely to only be a tiny bit of audio, but you’re still best off seeking out a location that’s not typically subject to much wind so that you can still hear everything clearly in your raw footage, for example. Check out Victoria and Matthew’s wedding to see what I mean in terms of not having to worry about perfect audio so much for a highlight film. We filmed their wedding on the coast up in Port Stephens. 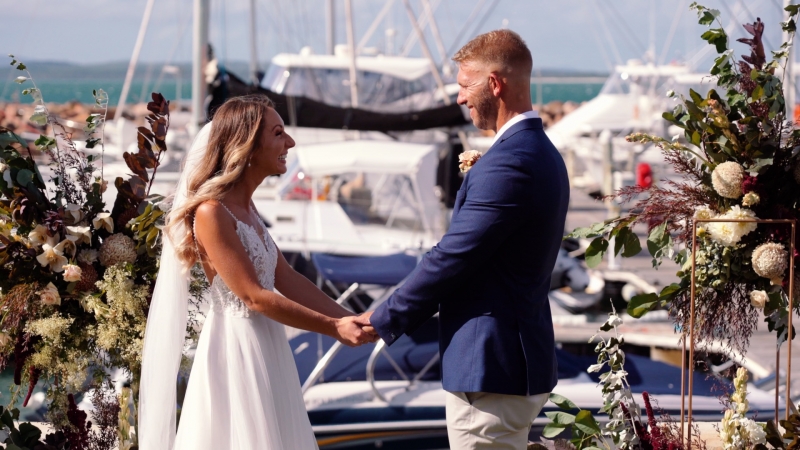 When it comes to ocean sounds, this is generally not a problem when it comes to capturing audio. That is unless you’re literally going to be standing in the water with waves crashing all around you. No doubt, that might interrupt your vows a little too much. As long as you’re up on the beach a little, away from crashing waves, and the wind is light, your audio is going to be fine. Check out Kristen & Kirt’s short film, which we filmed at a marina up in Port Stephens. Their ceremony was also performed by Jeremy from That Altar Guy.

If it’s raining, obviously, we’re all going to have to pull the plug on an outdoor coast wedding as no one is going to want to get wet, especially the bride. A wet weather plan doesn’t mean you forfeit a stunning coastal themed wedding – it’s about getting creative with your planning team (whether that is you and your family/friends or a set stylist/planner) and knowing you have options before the unthinkable happens! Don’t worry though, rainy weddings are just as beautiful as you’ll see in Jayne & Ben’s teaser film, which we captured down in Wollongong.

Essentially, when it comes to having your wedding filmed outdoors on the coast, you don’t want to be too close to any loud crashing waves, and you don’t want too much wind on the day (these two culprits usually come hand in hand, mind you). You’ll also need an ideal backup plan in case it rains so that if you do need to use it, your films and photographs are still going to have a beautiful backdrop. 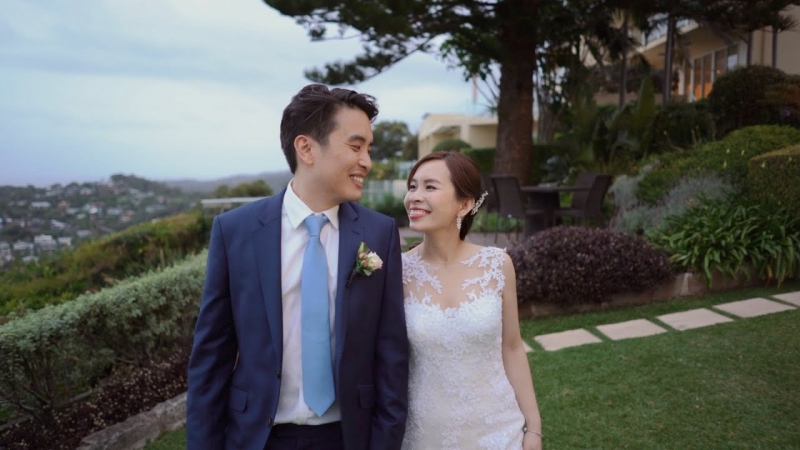 Lastly, if you are going to receive a long documentary-style film from your videographer, or the raw footage (both of which would typically include all of the audio from your ceremony), expect to hear all of nature’s sounds in all their glory! For some couples this is perfect and can take you straight back to your day, but there are those who would prefer to not have this nature soundtrack, so this is definitely something to consider when booking your videographer for your coastal wedding.

About Lovereel: With various wedding film options to choose from and all the raw footage at your fingertips, Lovereel offers an affordable yet highly professional wedding videography experience.

We do like to be beside the seaside.  Drift away with Coastal month on Polka Dot Wedding. 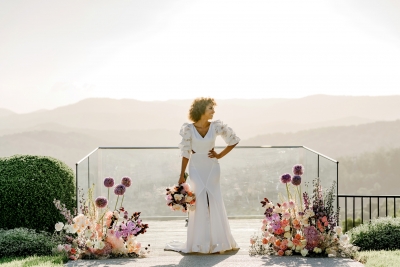 Polka Dot Featured
Sherbet Toned Wedding Inspiration With An 80’s Twist
It is no secret around these parts how much we go a little bananas for colour and today, we’ve got […]
READ MORE 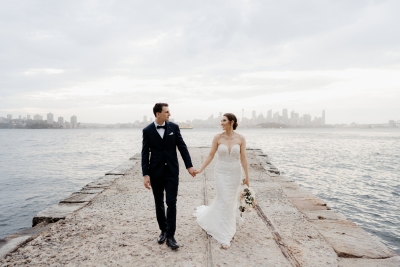 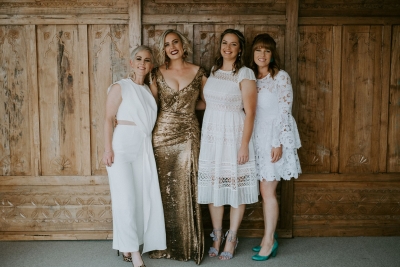 Polka Dot Wisdom
8 Exquisite Wedding Dress Options For Hitting The Dance Floor!
Whether it’s a summer wedding, winter wonderland, or spring celebration, when it comes to your wedding attire, you need to […]
READ MORE 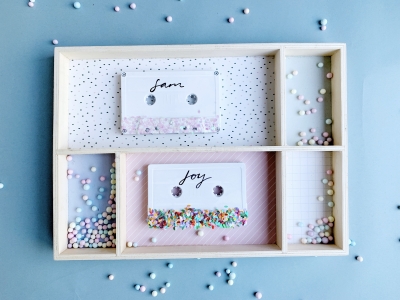 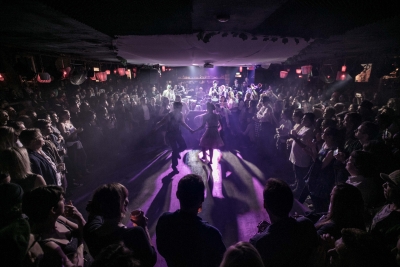 Polka Dot Honeymoons
The Best Places To Dance The Night Away On Your Honeymoon!
Whether you’re Carrie and Big swaying to “Moon River and Me”, channeling Emma Stone and Ryan Gosling twirling a la […]
READ MORE 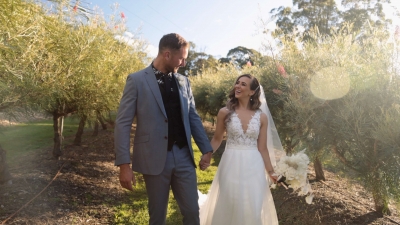