You know how much we love the stunning tones of autumn around these parts, but couple them with a proposal? And well, we have to admit we’re hooked. Today we’re sharing the proposal of Johnny and May, captured by Translucent Photography. This, it should be noted, was not the proposal the pair had dreamt of. But as with much of 2020, when best-laid plans are thrown out the window, new ones often become even more magic. And that’s exactly how this story unfolded.

As for how these two met, well it’s a little bit “he said she said” so let’s hand it over to May.

“We’d first met via mutual friends and we didn’t hit it off initially” share the pair. “For 1.5yrs we crossed paths a handful of times at gatherings and parties. The general “hello” and “how have you been?” was the extent of our interaction.
Until we both worked in North Sydney that a mutual friend connected us and we started to email each other and occasionally had lunch together.

According to him, the first date was lunch where he offered to pay for a bowl of fruit salad.
I thought…”The first date is lunch and it’s a fruit salad.. what a cheapskate… no, he is not paying for my fruit salad and call it a date”
He thought… “wow she declined my offer to pay.. she is a keeper”.

According to her, the first date was dinner at Jamie’s Italian – food was average but had a great night with him.
She thought.. “he’s pretty funny. I like him.”
He thought…”wow, pasta is like $25 each.. hmm what a rip… hope she doesn’t think I eat like this every day.”

So what’s the story behind this proposal? Well, May fills us in. “The initial proposal would have been in Cappadocia (Turkey) surrounded by fairy chimneys and cluster of rock formations with a beautiful backdrop of air balloons floating in the sky.

Unfortunately, the universe preferred that we get engaged under the equally stunning location of Milton Park in Bowral with one knee dropped on the ground and me standing dazzling under the famous Pine Oak Tree lit up with fairy lights.

He said something that he can’t remember and I  said “Yes”…. NO REGRETS!!!”

On what Johnny loves about May, he says “She is smart and driven with a compassionate spirit” and May on Johnny? “He is funny and great support in my life.” 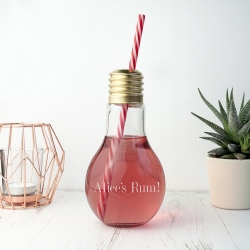