Old & New School: 3 Reasons To Choose A Photographer That Shoots Both Digital and Film 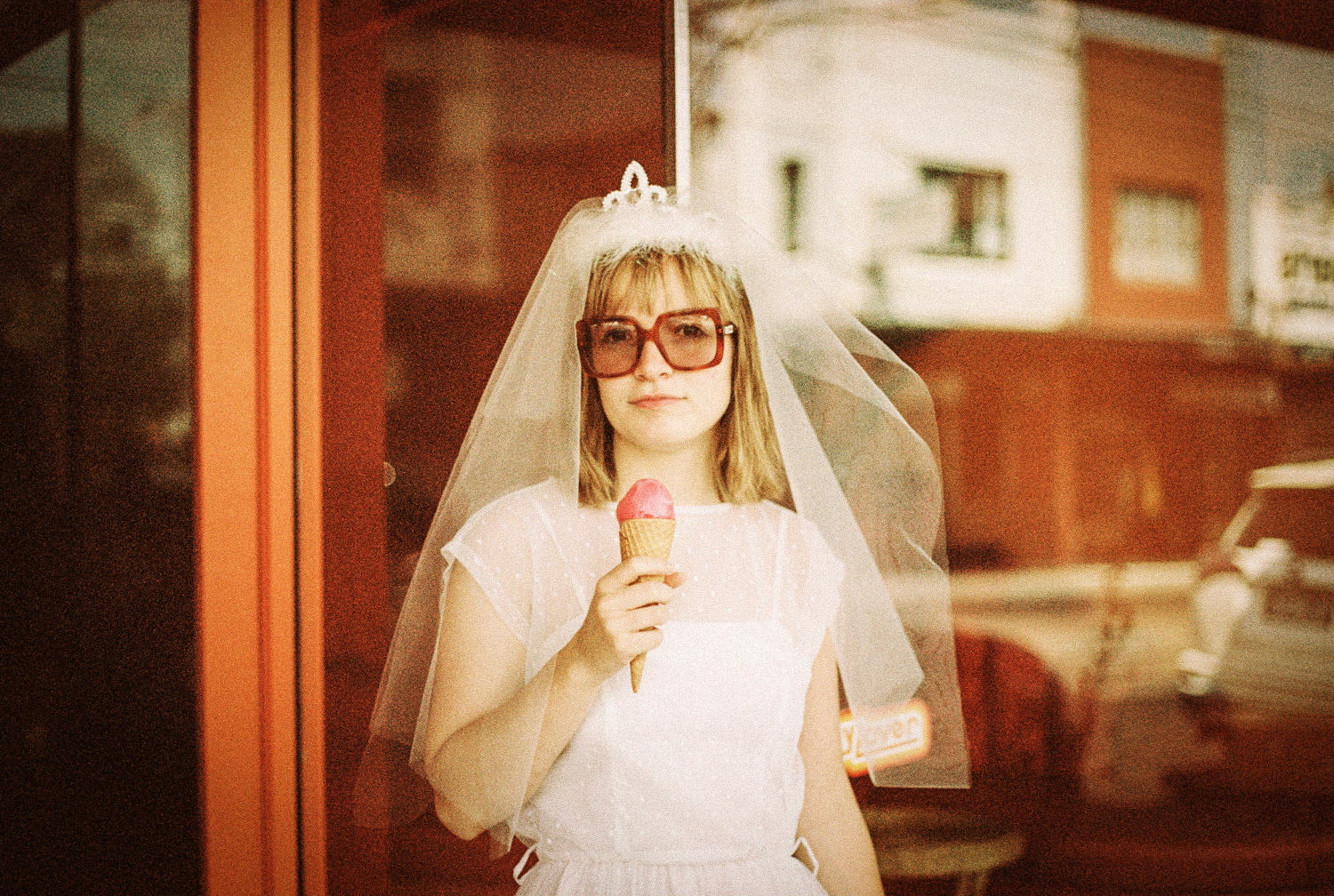 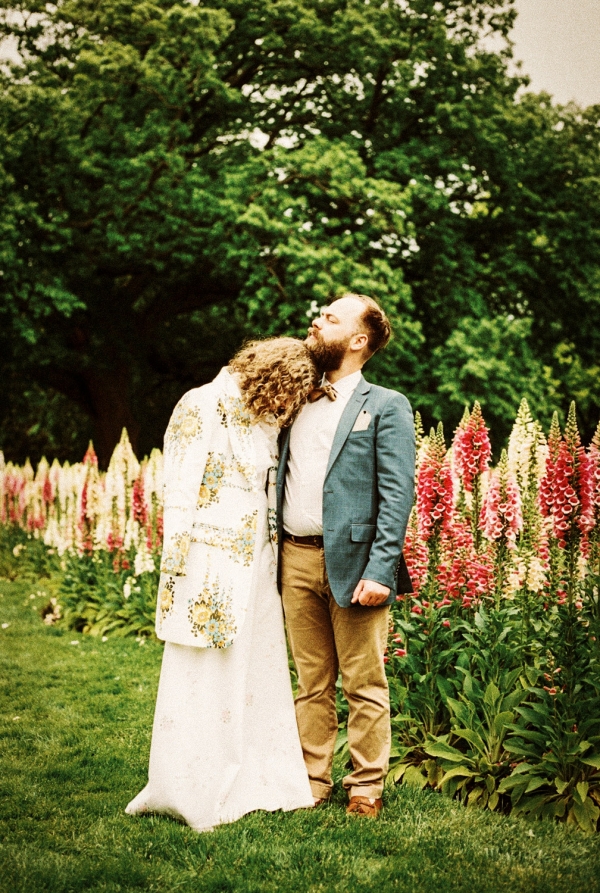 So many people ask me what is the point of shooting on film nowadays when digital is so easily accessible and reliable. Well, I shoot ALL weddings and elopements on both film and digital! Usually I shoot one roll of film (36 photos) and generally a few hundred snaps on digital for one wedding. I could be like many other wedding photographers and simplify my life by just shooting digital and not having to worry about the extra time and money spent on bringing along my film camera, but here is why I don’t. Here is why it’s worth it.

1. It’s Truly Being In The Moment

Film makes us slow down and consider every single image, which is really important when we’re capturing a truly meaningful moment. Amongst the hundreds (sometimes thousands) of digital photos I take at your wedding, I normally end up choosing around 10% of these to be edited and sent through to you. Digital makes it so easy to endlessly and needlessly keep shooting even when you’ve captured the moment, because there’s no harm in just taking more photos (I mean apart from the fact it’s a lil exhausting). But when I capture a moment on film, I’m really considering everything and make sure it’s a genuinely honest, raw and real moment that’s worthy of being one of the thirty six moments on the roll of film. I’m so much more present and aware of that shot, and because of this I almost always end up including every single film shot on the roll to be included in your final images. 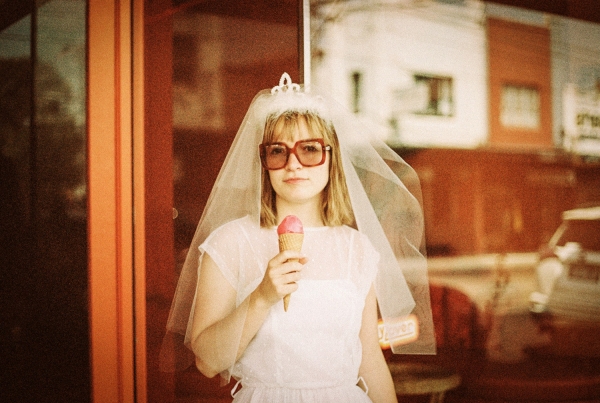 Film has this super rad, retro, old school aesthetic that digital, and even edited digital photos, just can’t replicate. Unlike digital which is so easy to manipulate, edit and throw a filter on, film has its own vibe that can’t ever be fully copied. It’s entirely unique. Digital has a whole lot of other things on film like high resolution (big photo sizes) and more, but it has never ever been able to capture light the way film does. To put it simply, it just makes natural light looks super rad. 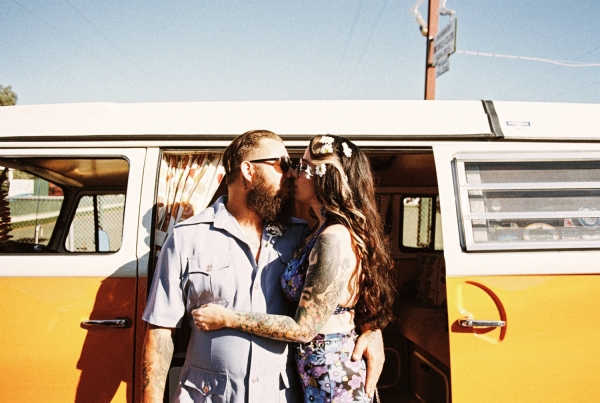 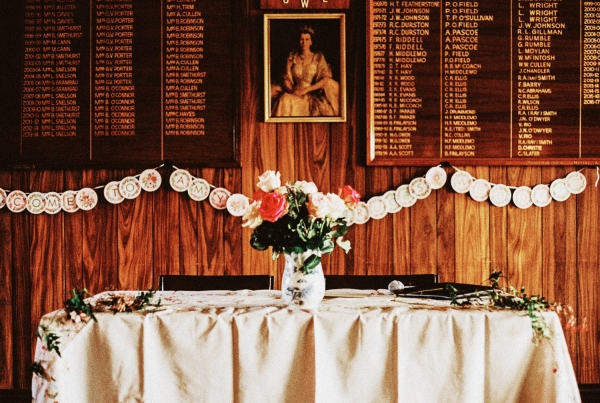 Almost all the weddings I shoot are with couples who are pretty untraditional and their weddings are very much a reflection of this – from Angi and James’ 70s bowls club elopement, to Claire and Andy’s birthday-turn-suprise-backyard-wedding. I’m all about making your own rules and celebrating in a style that’s genuinely you as a couple. Shooting film is another element to this: it’s something different and a little retro, and it’s something that other wedding photographers don’t do. It’s a little nostalgic and a bit of a throwback to the era your parents got married in (without the corniness of most 70s wedding photos), and the simplicity of technology before digital kicked in and kinda started to overrun our lives a little. Most of all though, it’s about being super present in those important moments, and capturing them in a way that’s real and unique. 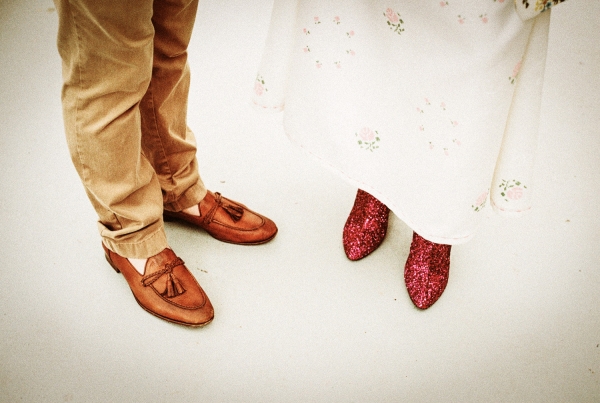 Ms Floral Says: This is such a special service you offer your couples, Em! What a brilliant way to slow things down and really consider what moments will make the most beautiful memories.

About Em Jensen Creative: Em is not your average wedding photographer – for not your average lovers. I LOVE to shoot offbeat, quirky and eccentric love stories! I shoot weddings + elopements on film as well as digital. I’m BIG into the candid, authentic, unposed and un-corny vibes, and all about capturing a vibe. Weddings involving road trips, bowls clubs, dive bars, motels, or anything at all with Wes Anderson vibes are my JAM, but any kind of alternative celebration is right up my alley!

Making moments, preserving them in time, telling the stories and honouring what has been. Celebrate all that memories bring to our lives. 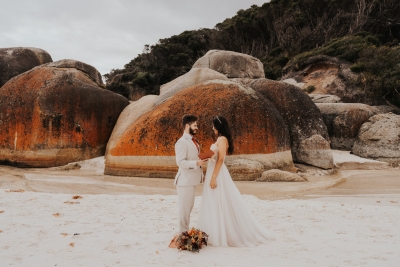 Polka Dot Featured
Natural & Boho Inspired Elopement At Wilsons Prom
When it came to dreaming up the magic of today’s editorial, photographer Rochelle Hansen of Love Wilder had one thing […]
READ MORE 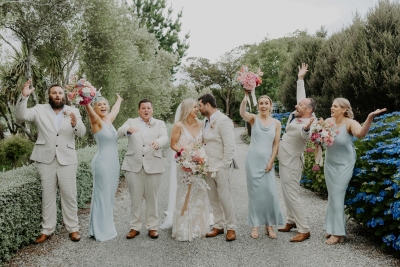 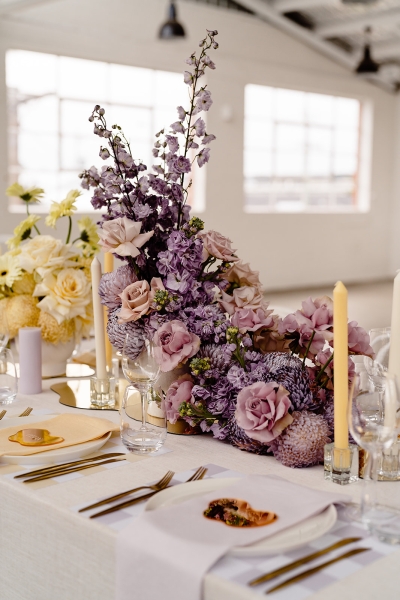 Polka Dot Wisdom
How To Nail Your Pastel Wedding Styling
Pastel wedding styling is, in a word, magical. The colour combos you can create are both whimsical & striking, and […]
READ MORE 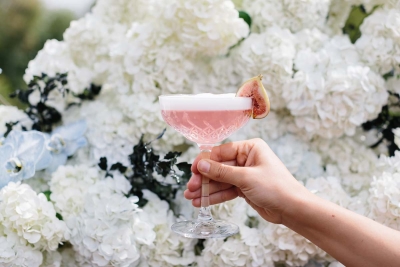 Polka Dot Made
10 Deliciously Pastel PDW Cocktails
We’ve been lucky enough to have shared an array of pastel cocktails as part of our wonderful Cocktail Friday segment, […]
READ MORE 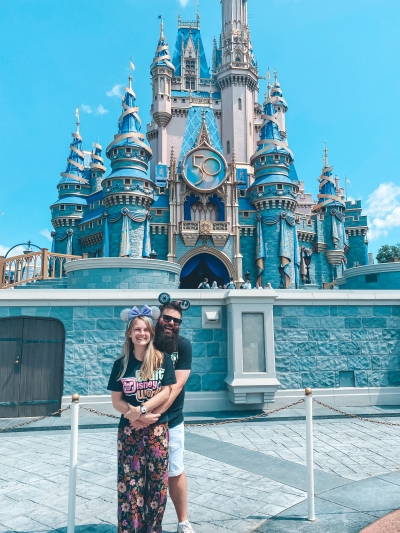 This story also features the following wedding vendors.
If you've been featured below, we'd love to get to know you. Click here to join Polka Dot Wedding.
Photographer
Em Jensen Weddings