“Food For Thought” Ft. Damon Hughes: Do I Need To Ask Her Father Before I Propose? 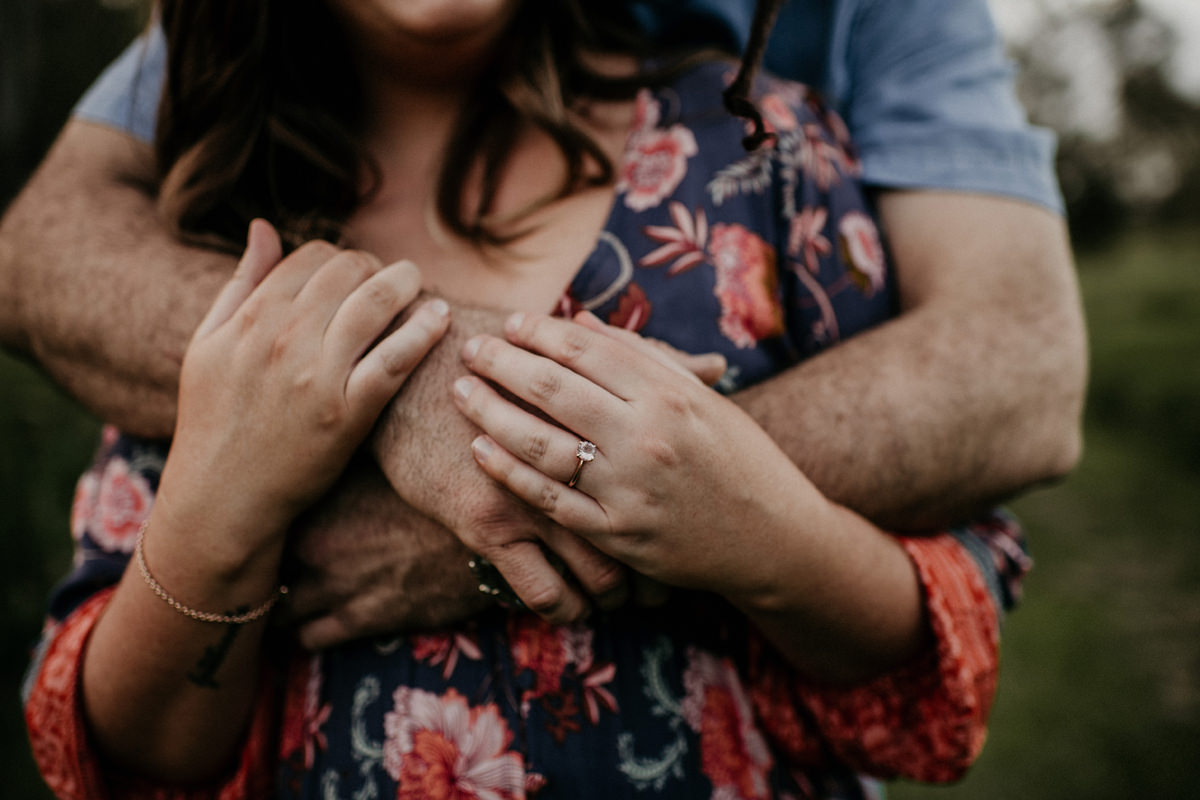 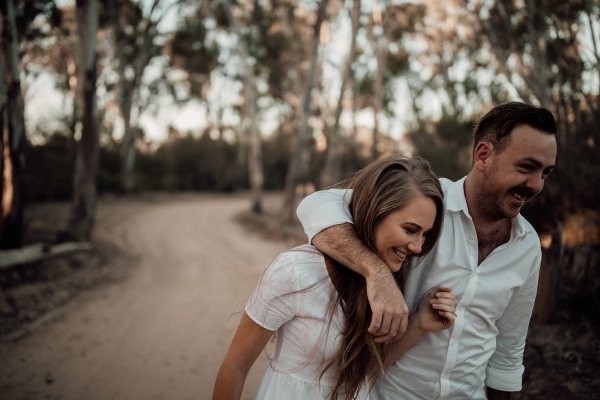 As a marriage celebrant I hear many couples engagement stories every single week – and the anecdotal evidence I hear, matches the statistics we can all read about: couples these days are waiting longer to get married. They’ve usually been together for many years by the time “the big day” rolls around.

They nearly always live together, they’ve sometimes bought a house together, they occasionally have kids together (or more often they have a pet that they describe as “basically our firstborn”). They are both grown-ups with careers and dual incomes. They have a well-established life together and are already considered a part of each other’s families. And importantly, they see each other as equals. 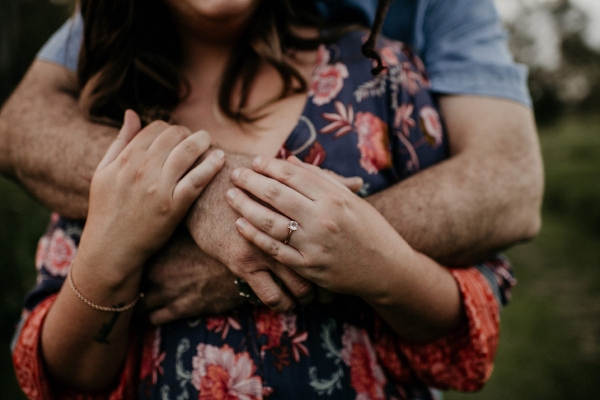 But often I still hear stories of couples enacting an old wedding tradition that seems a little incongruous with all that; grooms asking their brides dad for permission to marry her.

On one hand, sharing a one-on-one moment of openness and vulnerability with your loved one’s loved one is a pretty special thing. Those moments are all too rare. Especially between men. So going to the effort of secretly arranging such a moment with your would-be father-in-law is a bit of a sweet gesture. It no doubt comes with only the best of intentions and for many grooms, it’s meant as a way of showing respect to the family.

But on the other hand, when you pause and zoom out a little, isn’t the whole “dad’s permission” thing a little …off? One grown man arranging a secret meeting with another grown man to seek permission regarding the future of a grown woman? That sounds a little icky, right? It implies his permission is necessary, it takes agency away from the woman, and also where’s her mum in all this?

Well it doesn’t have to be that way. You’ve got options. Just like every other wedding tradition, you can choose to reject it, adapt it or evolve it into something more palatable. Here are some options to consider… 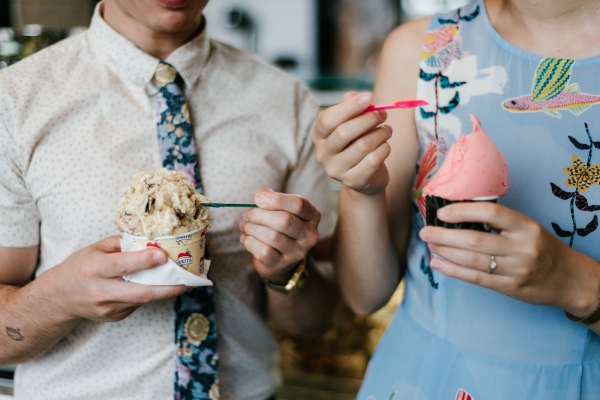 Don’t do it.
This is a pretty straight-forward option. Rather than ‘popping the question’ to her dad first, just make it so that she is the one and only person you pop the question to. Make it clear that hers is the only answer that matters.

Talk to mum as well.
If you do feel the need to talk to her family first, why only dad? Because only his opinion matters or because it’s assumed he speaks for his whole household? Either way, that really does make it seem like we’re conforming to the patriarchal traditions of a bygone era. If you feel it’s less about that and more about simply acknowledging the importance of your partner’s family, then why not talk to both parents (and yes this could mean two dads / two mums / step parents etc.)! 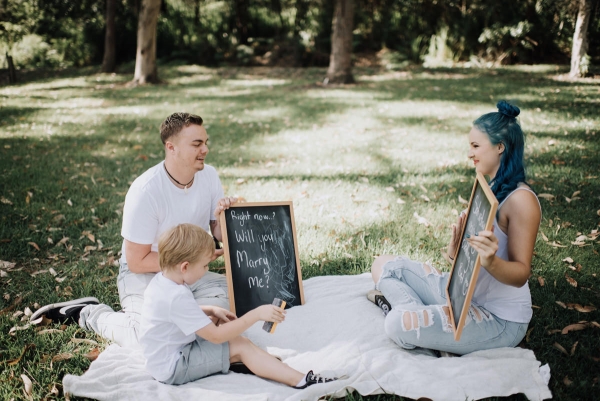 Make it a statement, not a question.
Most of the above has been written with a focus on male-female engagements but let’s go ahead and take gender out of it now (with a cheery hello to any LGBT+ readers that have made it this far); you are both adults. You don’t need anyone’s permission to get married. And you’re going to propose regardless of the answer, right?

So in the process of supposedly showing some respect to your partner’s parents, why not also show some respect to your partner, by talking about them as if they are a free and independent person? A common response from dads is “you don’t need my permission” or “mate, you’ve always had it”, so why not come at the conversation with that same attitude?

You could certainly sweeten the conversation by not just announcing your intentions but also opening up about what your partner means to you and why you want to marry them. Maybe you could even incorporate some vows of sorts – “I want you both to know that I’m committed to [partner] in every way and I promise to always….”.

Maybe you could even ask their parents for wedding or marriage advice if it feels appropriate. 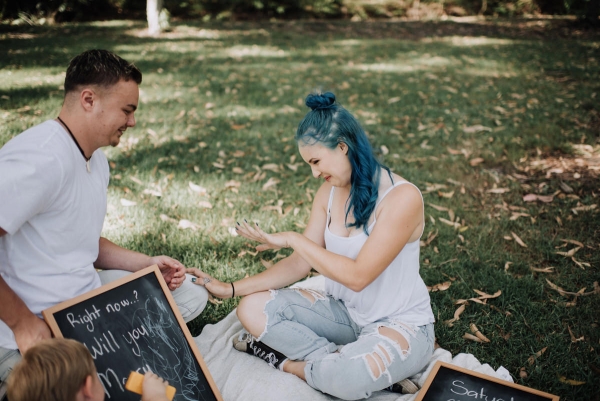 It’s hard to step back and take a critical look at the role we all play in reinforcing gender imbalances in our society. Especially when it comes to such highly emotional and personal topics as familial relationships and weddings. Those traditions and expectations are so deeply ingrained at this point. It can be uncomfortable to dwell on a topic like this when there’s some cognitive dissonance there. And it can be uncomfortable to talk about it with your partner when so many brides and dads still say they are “so glad he asked first”.

But hey, working through uncomfortable situations and conversations is part of any successful marriage. You and your partner are there to bring out the best in each other and to help each other grow, reflect and evolve. Why not start your marriage journey on the same page, as equals?

About Damon Hughes: As a younger, modern celebrant, I’m usually more focused on how a wedding feels than how it looks. The tailoring, the flowers and all the other pretty details are great – but what I’m all about is creating a unique sense of occasion and festive party vibes through cheeky humour and heartfelt words. If my grooms are also well-dressed, that’s a bonus.