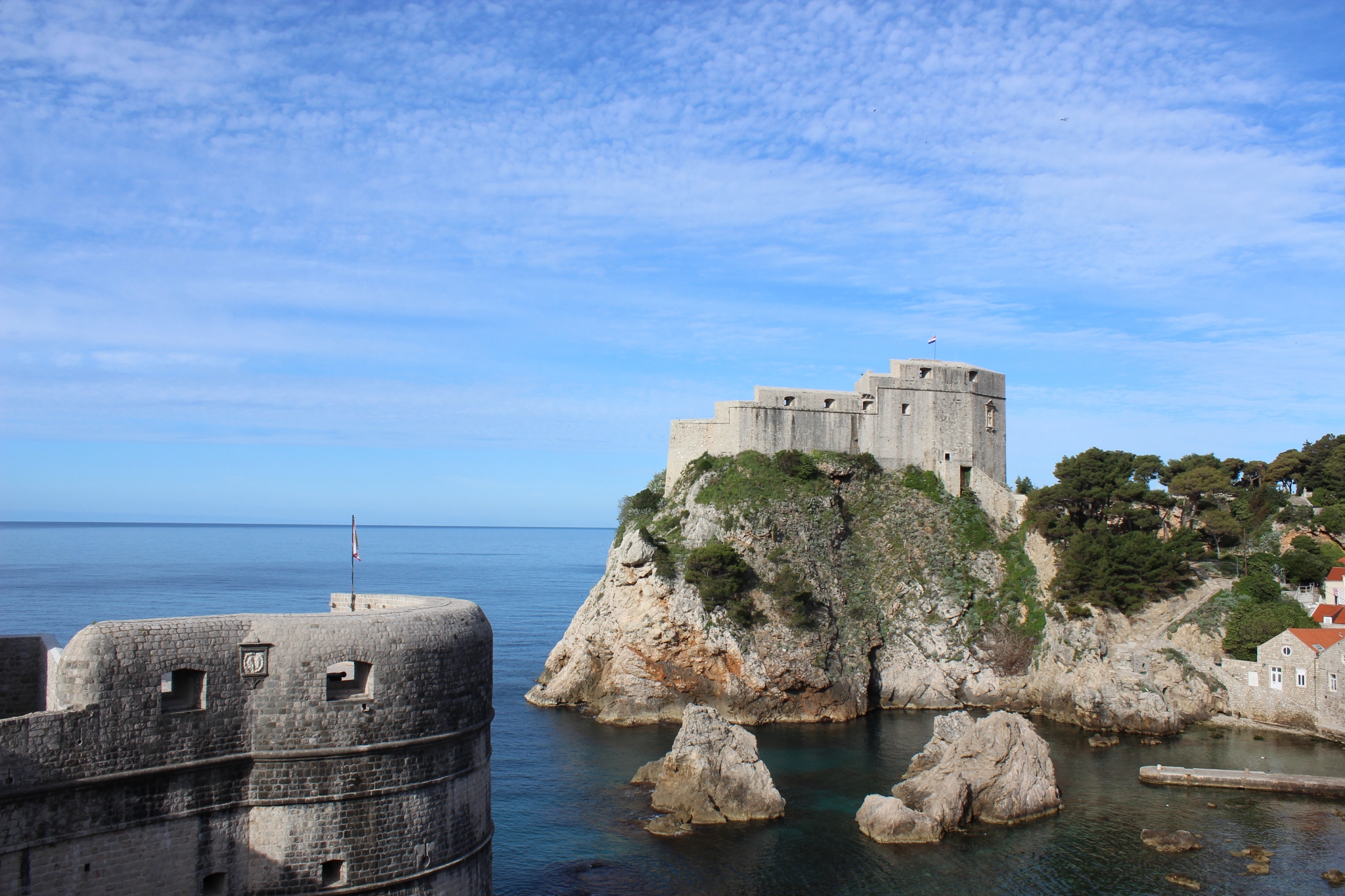 Rome, Italy
Rome is an incredible city with so many iconic and historic sights to visit. Our first stop was the Vatican, to see Michelangelo’s frescoes in the Sistine Chapel. The walk from across the Tiber past the Castel Sant’Angelo was very picturesque, however the enjoyment didn’t last long. To enter the Sistine Chapel we had to wait in line for over an hour, constantly being harassed by ticket scalpers, (this became a recurring theme in Rome). The Sistine Chapel itself is an indescribably surreal experience. All we can say is that it was worth all the waiting to see Michelangelo’s frescoes come to life in person.

Next on our list was the Colosseum. This time we planned ahead and bought skip the line passes. This meant that we only had to wait in line for about an hour, being harassed by scalpers, to be allocated an entry time to the Colosseum itself a few hours later that day! There wasn’t really a lot to see inside the Colosseum – we thought it was just as easily appreciated from the outside. Luckily Colosseum tickets come with entrance to the Roman Forum and Palatine Hill. These historic sites are much more interesting than the Colosseum and even give you some of the best views of it, as well as the rest of Rome.
While exploring the city we made sure to see Trevi Fountain and the Spanish Steps. But most of all we enjoyed the Gelato!

Split, Croatia
Croatia was our favourite country that we visited. The way modern and ancient architecture blends together in the cities of Croatia is unlike anything we experienced anywhere else in Europe.
In Split we stayed at the Hotel Luxe, a modern hotel right near the edge of Split port and the old town. We took a walking tour of the old town, seeing the ins and outs of Diocletian’s Palace, from the city walls to the sewers. It took some effort, but we also managed to make our way out of Split to visit Klis Fortress. Apart from having an incredible view of Split it was also one of the locations where Game of Thrones was filmed.
We also had a day trip planned from Split to Plitvice Lakes. We even ran off quickly with a couple of the younger people on the tour and scaled the cliff to the South of Veliki slap, the ‘Big Waterfall’, to get a view from the top. We’d love to see the park again walking our own path.

We loved staying in Dubrovnik. Nearly everywhere you turn there is a beautiful historic building, most of which have become star attractions since featuring in ‘Game of Thrones’.
The best way to see old town is from the walls. We made sure to arrive at the entrance to the walls as they opened in the morning and made two laps of the city to take in the scenery. It was very quiet on the first lap around and we could take plenty of photos but by around 10 am the wall was packed with tour groups.

We took a ‘Game of Thrones’ sight-seeing tour that took us around the Dubrovnik West Harbour and through Lovrijenac, which has some great views of the old town. The number one tip from this tour was to visit Lokrum Island, an island wildlife sanctuary that’s home to lots of peacocks and beautiful views.
The best view of all in Dubrovnik is at Fort Imperial, sitting on the ridge high above the old town. Normally you can travel to the fort by cable car, but during our stay the cable car was out of operation, so we decided to take a zig-zagging hike straight up the mountain. After so much travelling around we wanted to have a relaxing stay in a private villa, the Canvas Suites Oia offered exactly that. With a private terrace and plunge pool looking over the Santorini caldera, there’s not much else you could ask for.
There was plenty of great boutique shopping in Oia, not to mention great food, Greek desserts and gyros from Pitogyros, which became our regular meal stop. We made the hike to Thira to see more of the caldera and even made the climb to Skaros Rock for some amazing photos. To travel everywhere else, we took the community busses which were pretty convenient as long as you could find the bus stops.

After travel troubles with the island ferries, we were happy to spend our last few days in Greece relaxing, getting massages at the Elektra Palace and shopping.
Of course, we did make sure to spend some time soaking up the history of Athens. The absolute highlights were the Temple of Hephaestus, the Temple of Olympian Zeus and of course the Parthenon. Watching it lit up at night from the roof of our hotel was a beautiful way to end our journey. Ms Zebra Says: Part 2 was just at great as Part 1 – we are SO jealous of this incredible trip! What a fabulous journey to start life as husband and wife! 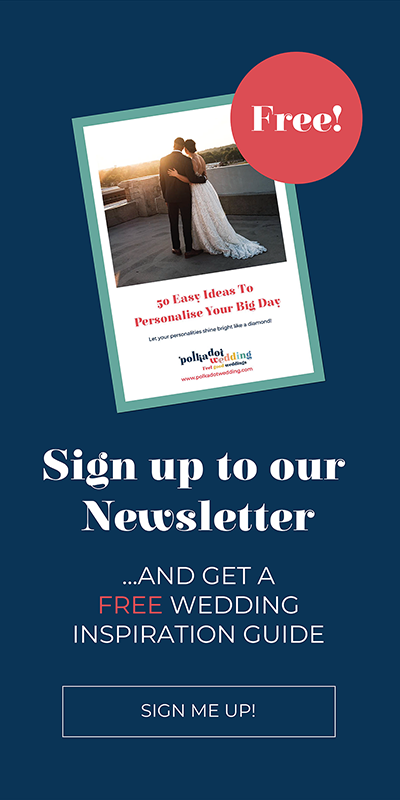 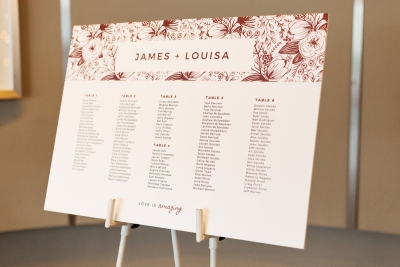 Polka Dot Featured
17 Seating Charts To Inspire Your Own Seat At The Table
We’re celebrating all things wedding venues this month. And today, we’re giving you all the inspiration for your seating chart. […]
READ MORE 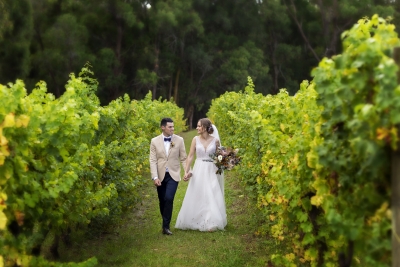 Polka Dot You
Natalie & Sam’s Sweet Winery Wedding at Yarra Ranges Estate
Wineries truly lend themselves as such an elegant and romantic venue choice for a wedding. Today’s wedding from Mike & […]
READ MORE 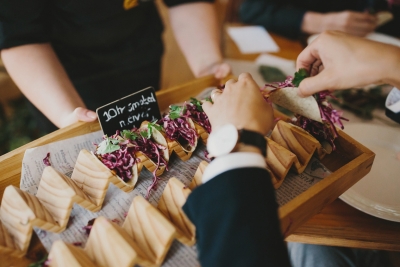 Polka Dot Wisdom
Let Them Eat… Roving Canapés Or Shared Entrées?
When it comes to planning your wedding menu, the task might start off feeling a little daunting. Gone are the […]
READ MORE 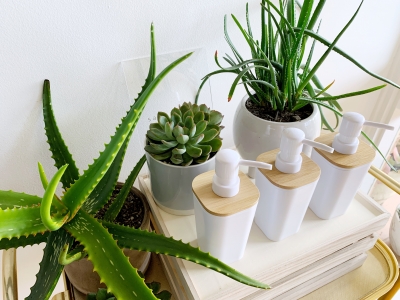 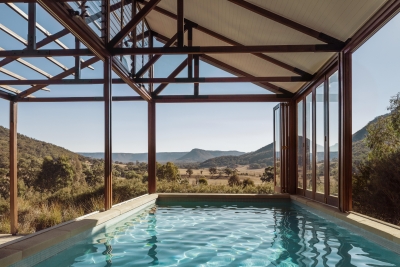