“We wanted to stay away from your typical staged photo shoot whereby the bride and groom are placed in awkward and unnatural positions around a garden or indoor set.” It’s no secret how much I love to tell a story and today’s engagement photos by the talented Rachel May Photography tell the best kind. Ee and Stephane chose to capture the next stage of their relationship through photographs at all of their favourite places around Melbourne and Victoria. They headed to Queen Vic Markets, grabbed a coffee outside Entrecote, stood on clifftops, cosied up on the couch and drank wine in hidden bars. This was an engagement session that made the most of everything Melbourne has to offer and managed to reflect the personalities of its two lead stars at the very same time. We’re also having a bit of a moment for the gowns created by Eleusis Bridal that were worn for the clifftop and bar shoots!!

On what he loves about Ee, Stephane notes, “I love how I’ve been so annoying to Ee but she still stuck around! Jokes aside, I love that Ee is patient, loving and always willing to be silly with me. She also always makes the effort to stay in shape and look beautiful!”

Ee recalls a particularly memorable holiday spent together; “In 2015, I visited Stephane’s family in Mauritius for the first time. We wanted to give diving a shot but during the practice session, Stephane could not get used to breathing underwater and decided to stay on the boat while I went diving with the instructor.
After finishing and changing out of our diving suits, which only covered half of our arms and thighs, we realized that Stephane had gotten sunburned everywhere that wasn’t covered! So for the next two years, he walked around with two-toned arms and legs — a sight that I have plenty of evidence of!”

On what she loves most about Stephane, Ee tells, “Stephane is often very understanding and patient, except when discussing the details of our wedding planning! He is also kind, considerate and most importantly chivalrous, not only to me, but to most women. Oh! He also has an incredibly funny but cute Mauritian-mixed-Australian accent that gets me tickled all the time!”

The Mornington Peninsula is special to these two – as the scene of where Stephane popped the question! Ee remembers, “Stephane planned to propose to me during a weekend getaway to Mornington Peninsula. This was a special place for us as we had our first couple’s trip here and made many great memories. He made a dinner reservation at an amazing restaurant called Ten Minutes by Tractor but only proposed when we returned to the resort. The proposal was such a shock to me that he had to propose twice! (long story!)” 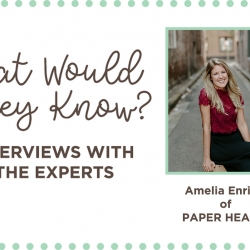