Georgia: From city to mountains on a budget 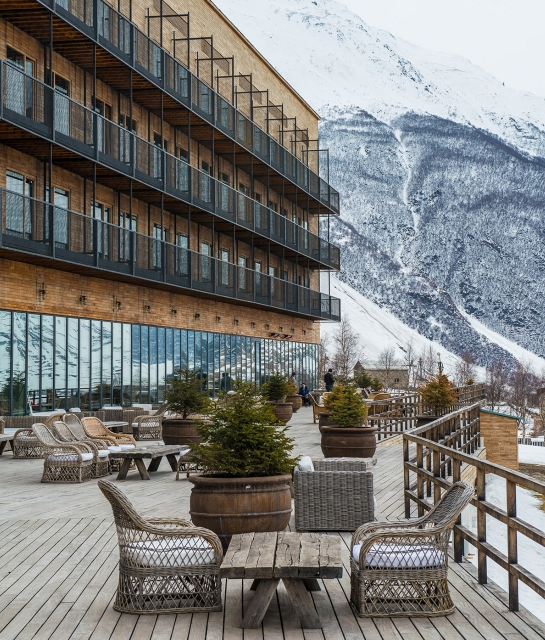 Earlier this year, my husband and I booked a trip to Georgia – the country, not the US state – for our wedding anniversary. Before we went, we were the picture of Homer Simpson’s ignorance when he hilariously discovered Uruguay. We knew it was a former Soviet state. We knew that Joseph Stalin was born there, as was Katie Melua. We’d heard fantastic stories about awesome wine and giant pork dumplings called khinkali. After consultation with an atlas, we found out the Caucasus Mountains formed the Northern border and the Black Sea the Western. We knew very little else.

Our trip was for a little over a week and we decided to stay in two places: the capitol city Tbilisi and a little mountain town called Kazbegi during European winter.

Located smack bang on the border between Asia and Europe, Tbilisi is an extraordinarily vibrant and eclectic city populated by peoples of diverse backgrounds living peacefully side by side. It really is a place where East meets West. The history is unreal and immediately apparent during the drive from the airport into town: giant, soulless Soviet apartments soon give way to mazes of cobblestone streets and centuries old buildings, which in turn give way to ultra-modern architecture and public artworks on the river. It seems almost like a child of Singapore and Prague. But the youngest, least pretentious child. The cool one with nothing to prove and that all the cousins like most. We checked into our AirBnb near Liberty Square (or Freedom Square depending on the map), just outside the Old Town – the place to be for tourists and locals alike – and walked the streets. The Old Town is an unintelligible tangle of old buildings and narrow, winding streets chock-full of wine bars, pubs, quaint restaurants, art galleries, hotels and guesthouses.

In Tbilisi, one figures out pretty quickly that Georgian beer, wine and vodka – a happy remnant of the country’s Soviet past – are quite simply delicious. The wine (both white and red) comes in either sweet or dry and is made using the Georgian technique, whereby large clay pots of wine are buried underground during the fermentation process. All of the wine bars, pubs and restaurants in town have a good selection of each and many also have great food. Having said that, everybody has favourites: Ours were Café Le Toit – great cocktails, awesome balcony, weird and wonderful décor; Kakha Bakuradze’s Movement Theatre – good food, good booze, great music and live performances in one place; and Zoestan – the friendly lounge room you wish you had, but with much better bartenders!

The quality (and quantity) of the food is also a source of great pride for Georgians and something to truly savour for visitors. Ridiculous amounts of soups (in particular kharcho, khashlama and chikhirtma), stews (try the chanakhi, chakhokhbili and chashushuli), salads, breads (especially khachapuri), the aforementioned khinkali and deserts (mmmm gozinaki) are washed down with Georgian wine, good local beer and vodka. Our favourite eateries were Sakhli N11 – a classy and somewhat high-end affair a street away from Liberty Square; Ezo – simple, home-cooked, “farm to table” local food in a beautiful courtyard; and Pur Pur – cosy, quaint and traditional with live music and grandma’s décor. Tbilisi also has plenty to offer besides eating and drinking. Walking through the Old Town or along the river and seeing and feeling the history is worth the trip alone. There are loads of old buildings and churches to see, including The Holy Trinity Cathedral of Tbilisi (or Sameba) – a massive Georgian Orthodox church that towers over most city structures – and Narikala Fortress, the ruins of a 4th century castle high on a ridge overlooking the city. We recommend walking the Narikala tourist route: starting at the Mother of Georgia statue on top of the ridge, exploring the nooks and crannies of the wonderful Narikala Fortress (free entry) and finishing at the entrance to both the Old Town and the wonderful Tbilisi Botanical Gardens. Also, check out the Flea Market in the park next to the Dry Bridge for an extraordinary collection of trash and treasure – jewellery, old maps, rugs, Soviet relics, electronics, chess boards, artworks and even Joseph Stalin fridge magnets. After a few days of culinary and sensory delight in Tbilisi, we headed deep into the Caucasus Mountains to Kazbegi, a small town about 5km from the Russian border. The official name of the town is Stepantsminda, although most call it Kazbegi after Mt Kazbek, the 5000-metre-high mountain that dominates the landscape. The drive was three and a half hours of incredible mountain scenery (and some white knuckled wet roads) and included a few stops: at a lake, a monastery and at a ski resort (called Gudauri). We hired a driver in Tbilisi through our AirBnB host for 150 Lari – dozens of travel offices in Tbilisi can arrange this at short notice. Kazbegi was simply breathtaking: a beautiful, valley town on a rushing river surrounded by high, steep, snow-capped mountains (including the impressive Mt Kazbek). Restaurants, cafes and bars litter the town and livestock – sheep, goats, horses and cattle – seem to roam the streets free of any concerns. The main attractions are skiing, horse-riding, white-water rafting and hiking, the latter of which we couldn’t recommend highly enough. One particular hike up to Gergeti Trinity Church – a frighteningly isolated, 14th century monastery (complete with solitary monk and monk’s dog) on top of a mountain that overlooks both the town and Mt. Kazbek – is a bucket-list, must-do kind of adventure. The church itself is stunning, the views are otherworldly and the feeling of being on top of the world is indescribable. Cars can take you there from town for around 20 lari, but the walk is well worth it. One can take the long (9 kms) trail along a stream, follow the winding road through a forest (6 kms), or bush-bash (3.5 kms) straight up the mountain amongst the trees and the snow. We chose the latter and had an absolute ball.

We stayed in a guest house run by a friendly, energetic and interesting lady called Ketino that included breakfast and dinner – enough to feed a small army – for 60 lari a night. It was awesome, but if you want to something a little more luxurious, check out Rooms Hotel – a luxury, five-star hotel with the best views in town. Even if you can’t stay there, head there in the afternoon for a cocktail on the enormous deck or some soup by the fireplace. The drinks are great, the food is delicious, the vibe is warm and friendly, and the views will knock even the thickest of socks off.

View from inside Rooms Hotel, Kazbegi. Image by Ski Georgia

Georgia is a small country, but has an unrivalled variety of different terrain and climate zones. Everywhere is within about eight hours of Tbilisi and you can easily organise a car and a driver from any of the travel offices in town for a modest fee. Below is a short list of a few places we plan to check out next time we’re there:

Vardzia – a 12th century cave monastery that was definitely built by fairies in the South of Georgia, about 4.5 hours from Tbilisi.

Batumi – a stylish city on the Black Sea right near the border of Turkey. Batumi is about 6 hours West of Tbilisi and is Georgia’s second largest city. It is warm, sunny and beachy for most of the year (apart from the winter months).

Tusheti – in the Northeast of Georgia, 4 hours away from Tbilisi lives Tusheti, where trekkers, horses and adventurers go to frolic in glorious mountain meadows.

Svaneti – a collection of small, medieval towns in the North West of Georgia, right in the heart of the Caucasus Mountains. About 8 hours from Tbilisi you’ll find quaint villages, alpine meadows and really, really ridiculously good-looking mountains.

Ms Zigzag says: Happy anniversary to our resident world adventurers Caz and Louis. Thanks for (virtually) taking us to Georgia, a country at the intersection of Europe and Asia, that many of us have not had the pleasure of visiting in person!

About the author Caz Pringle: Caz has been in the Event Management industry for the last decade, producing events for the likes of Rolex, Revlon, New Balance, Jeep, The Australian Open, Peroni and Alfa Romeo. After running her own events company for three years, she now lives in Antalya, Turkey with her husband where she remotely works as a copywriter and digital content producer and teaches Boxing and Yoga. She also writes the blog www.shecanpunch.com about boxing and women’s empowerment, you can follow it on Insta @SheCanPunch. 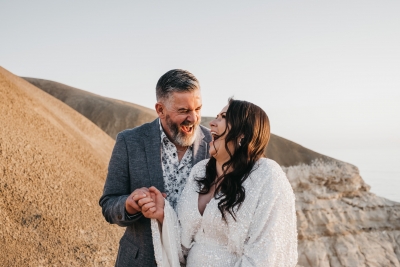 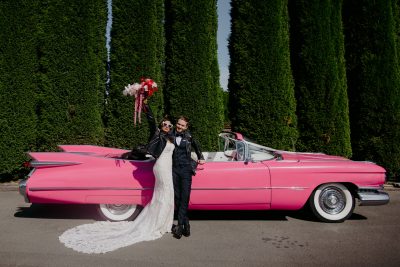 Polka Dot Wisdom
A Day In The Life Of A Wedding Cake
From the kitchen, we ingredients can hear movement. The caker is awake! She pads into the kitchen, barefoot and bleary, […]
READ MORE 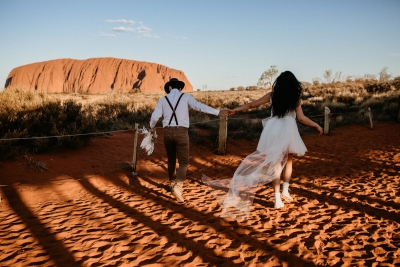