Are black wedding rings the next big thing? 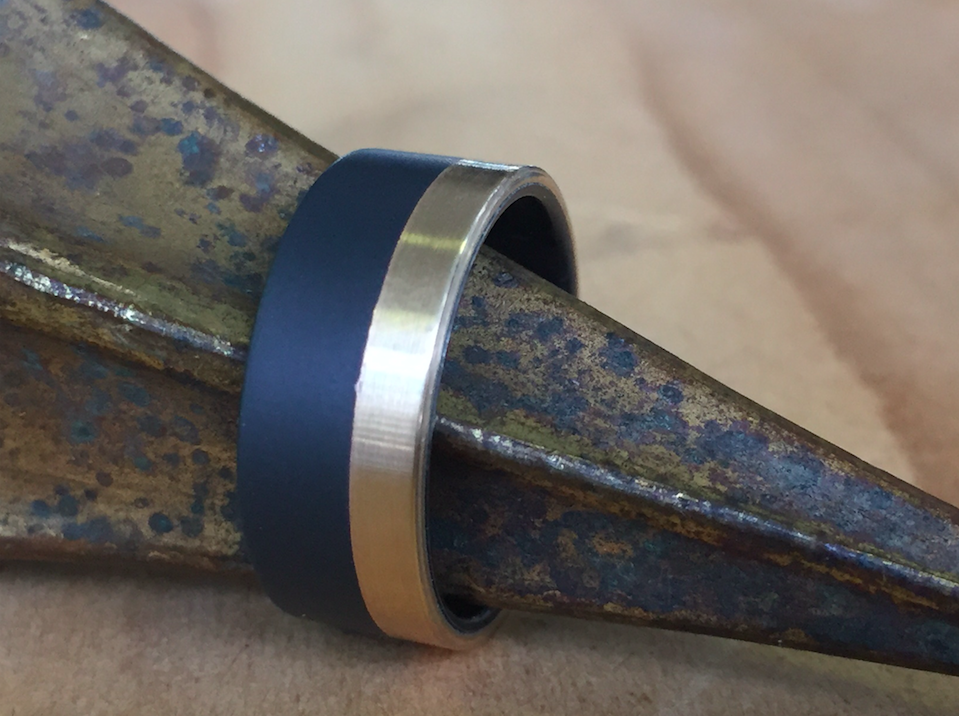 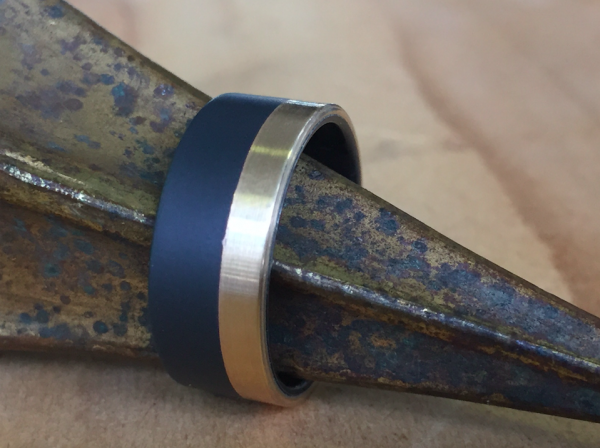 A black wedding ring by Rhett Dale via Lord Coconut

The wedding ring is one of the smallest yet most significant pieces of your wedding day.

Generally speaking, there has never been as much emphasis on the man’s ring as there is today.

More men are choosing to use their wedding ring as an expression of themselves and a reflection of their individuality.

This is no more evident than in Melbourne wedding ring specialist, Lord Coconut’s new range.

“A growing number of grooms were moving away from the traditional gold wedding band and asking for a ring with a more contemporary look and finish,” Mark says.

“One of the hottest trends at the moment are black wedding rings.

“The majority of guys who come into the store ask for a ring which isn’t too over the top but a ring with some personality.

“They want something that reflects their personality and something which they won’t see on another guys finger down at the footy club or at after work drinks.”

But why are men becoming more ‘ring conscious’?

“Guys are becoming more confident in what they want when it comes to their wedding and what it means to them,” Mark says.

“They no longer want to be the silent partner like their father probably was. As such, they want a ring which is different to dad’s and one that reflects their own personality and their own modern take on life.

“The world has changed a lot in the last 20, 30 and 40 years and the groom no longer has to accept a ring that was designed that long ago.” 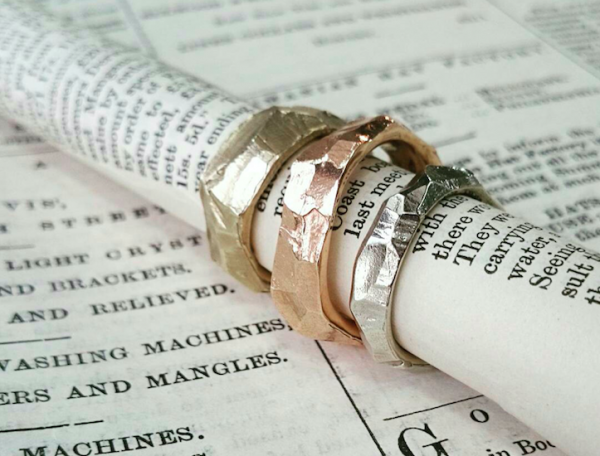 Mark says satisfying a unique request such as a black ring, used to be difficult, but times are changing.

“Many of the black rings seen online are made from Tungsten, which is an extremely heavy metal that is not used or made by the majority of Australian-based jewellers.

“The other option has traditionally been an oxidised sterling silver ring which, although dark, in not a true black and tends to wear off the soft sterling silver.”

They’re lightweight and can be made either matt, brushed or polished and the ‘blackness’ does not wear off over time.

Even better, they can be combined with gold to make sure you keep that traditional wedding ring feel, while satisfying your desire for something unique.

The man behind the rings, Rhett Dale, says “specialised thermal processing” allows him to transform the surface of zirconium (a metal closely related to titanium) to a “ceramic state”.

“This outer ‘blackness’ is extremely tough and does not wear off over time. This makes it an ideal wedding ring for men as the ring still keeps its strong metallic core whilst the black outer layer is very difficult to scratch.”

It’s one of many options out there for men, who for a long time were forced to wear a basic band, with little other options. 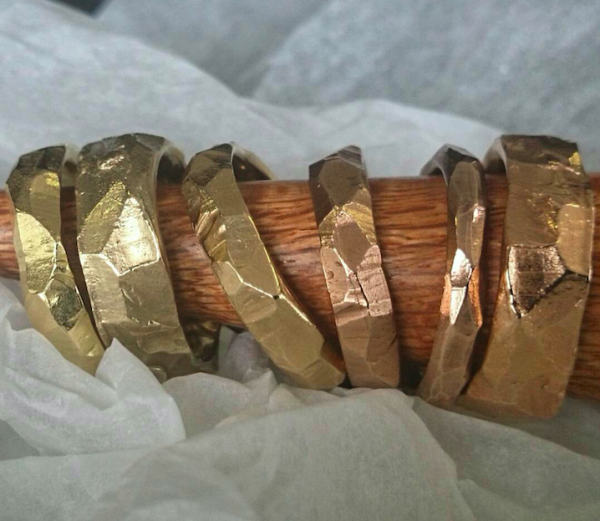 Lord Coconut reveals ring trends you need to know about

“Titanium rings have been popular in the past few years. This is because it’s a lot lighter than gold, very hard wearing, is a very cool gunmetal grey in colour and it is seen as a modern material compared to the traditional gold.

“As it’s a material which is usually turned on a lathe it doesn’t have the variety of ring styles as gold does but the point of difference make the traditional half round shape and more modern look.”

“Black rings have slowly become more popular but they need to be in the right material.

“Tungsten gets talked about a lot but is really brittle and very heavy for a ring so we tend to stay away from that.

“We offer Zirconium instead which has similar properties to titanium but as it’s been baked in an oven to about 600 degrees the black surface becomes very hard wearing.”

“Rose gold has also come back with a vengeance ring-wise. Five years ago rose gold rings would make up about 5 per cent of sales and now it is more like 40 per cent. This change is purely down to fashion and following the footsteps of the bride to be.”

“Faceted rings have also been a popular choice over the last few years and this is a direct result of the predominance of faceted home wears found at Maker’s markets which have become a dime a dozen over the last five years.”

Ms Zigzag says: I love that our grooms have more variety in their wedding rings these days. Our wedding rings are a piece of jewellery that we wear everyday, so we want to wear it with confidence and pride. 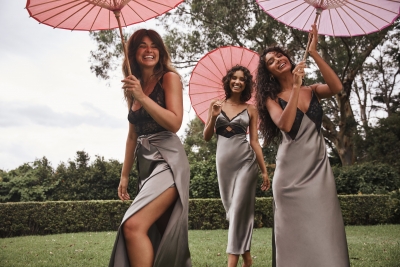 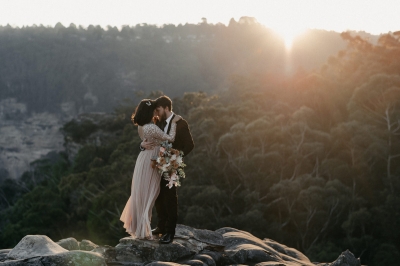 Polka Dot You
6 Natural World Weddings To Fall For All Over Again
A wedding held in nature is a whimsical wonder indeed! Who doesn’t love to witness “I Do’s” surrounded by towering […]
READ MORE 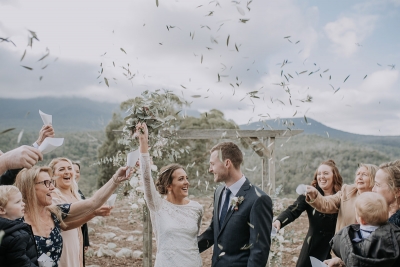 Polka Dot Wisdom
10 Perfect Nature Inspired Songs For Your Ceremony
How romantic is a nature-inspired outdoor wedding?! More and more couples are turning to Mother Nature for inspiration when selecting […]
READ MORE 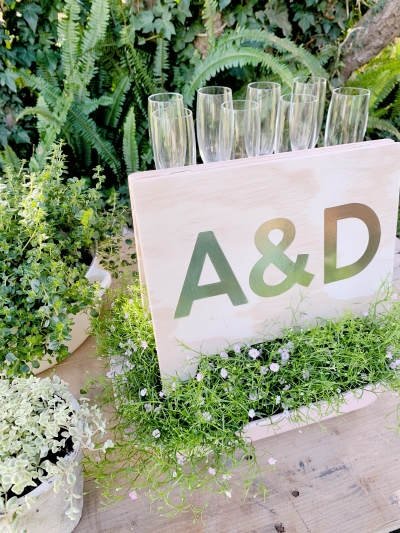 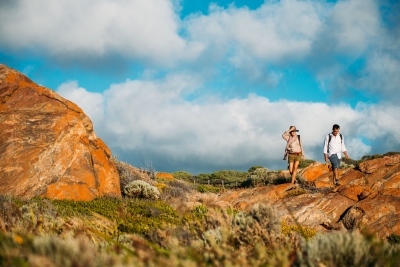