On Love and Marriage – Sylvia and Lew 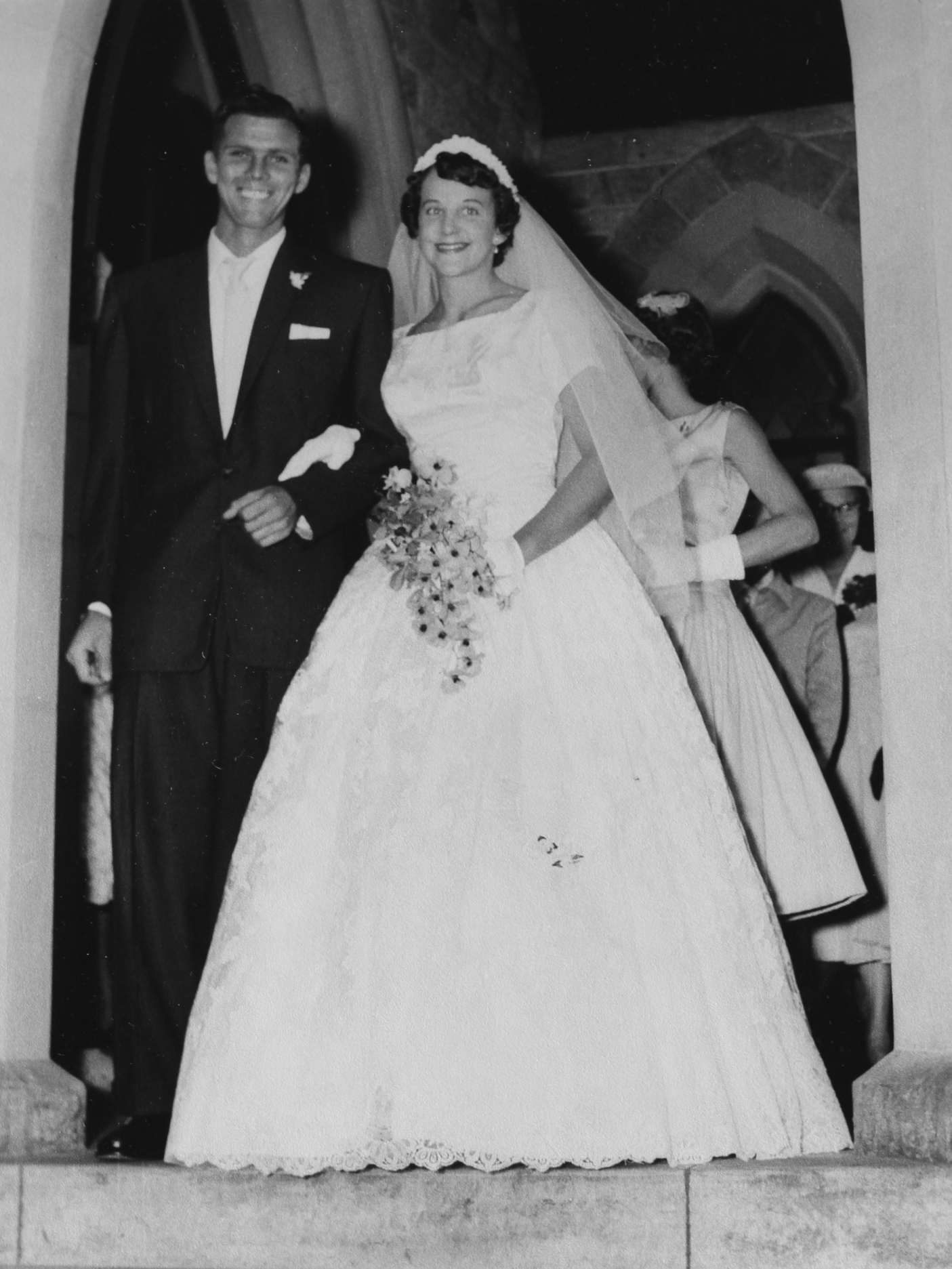 Sylvia and Lew Meldrum met for the first time one night at midnight, in the summer of 1955 at the Greenmount Guesthouse. In Sylvia’s words, she was ‘straight-up impressed’ by Lew and could tell he was a good man. Lew asked Sylvia to join him at a New Year’s Eve party on the beach a few nights later and the rest, as they say, is history.

By November the following year, Lew had proposed. He was to return to work in Papua New Guinea soon after, so Sylvia followed her fiancé to work in Port Moresby.  They returned 15 months later to celebrate their wedding in Brisbane. Sylvia and Lew have been married for 59 years, have four children, 19 grandchildren and two great-grand children.

How did the proposal take place?
Sylvia: Lew proposed to me on my eighteenth birthday.  I can still remember going to work and being very excited to show everyone my engagement ring.

Lew: It was November 1956 and I had already asked Sylvia’s mother, who was a very nice woman, for permission. You have to make a good impression in these situations! (laughs)

Describe your wedding day.
Sylvia: We were married on the 5th of April 1958 at St Andrew’s, South Brisbane. It was Easter Saturday. Afterwards, we invited 60 friends and family for a sit down dinner and dancing in the Flinder’s Room of Lennon’s Hotel. My sister had been married at the same place two years earlier, and as we were in Port Moresby in the lead up to the wedding, she was very helpful in organising the booking on our behalf. Do you have a favourite memory of the day?
Sylvia: My grandmother and aunt travelled by ship from America for the wedding. It was a very big deal in those days. They even wrote a story about it in the local paper. It was incredible to have them there. In fact, when we left for our honeymoon I cried all the way as I was so upset to see them go!

What was your wedding dress like?
Sylvia: My Nanna was a wonderful dressmaker so she made my wedding dress – all Chantilly lace. It was magnificent! I had a friend who was a milliner who made my headpiece and veil. I carried a bouquet of orchids. What song did you dance your first dance to?
Lew: I’m not sure of the exact song but it would have to have been a waltz, no doubt followed by the Gypsy Tap and The Pride of Erin. There was lots of dancing all night – it was a real party.

Sylvia: It was, yes it was! Everyone was dancing until midnight. And finally, the question we all want to know the answer to: What is the secret to your long and happy marriage?
Sylvia: I think it’s very important that you share similar interests. Then you enjoy doing things together and being involved in each other’s lives. Interests like sport, dancing and music are nice to share, but even more so, being involved with friends and family.  It is so important to prioritise time with the people close to you. While we’ve experienced sadness with loved ones, as everyone does, we are so grateful for our friends and family and everything they bring to our lives.

Lew: I agree with everything Sylvia said, but I would also add that you need to support each other day-to-day. You have to remember that you are working towards the same goal, even though you might have different roles. For example, when we were starting out, my work was vital to our family. Sometimes I’d work long days and at times, even two jobs. Sylvia was at home looking after me by cooking breakfast and dinner and everything else she did for our family – that was just as important as my work. Images via Sylvia and Lew

Ms Chinoiserie Says: Congratulations Sylvia and Lew on celebrating 59 years of marriage – thank you for sharing your special memories with us! 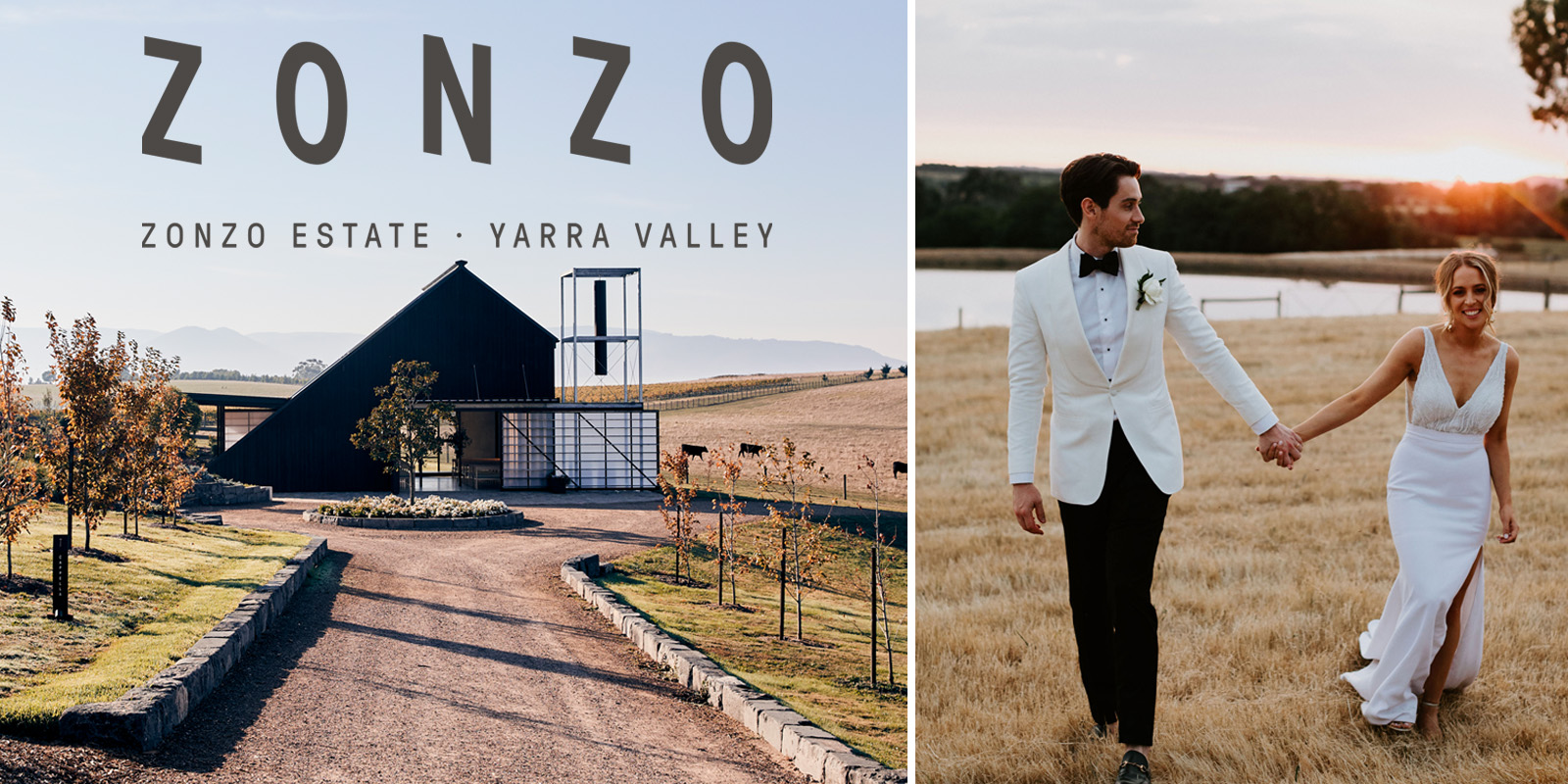 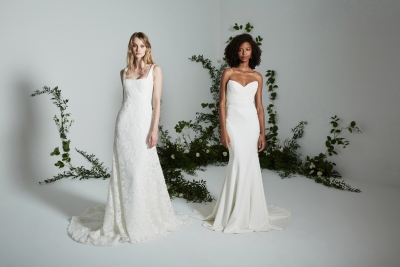 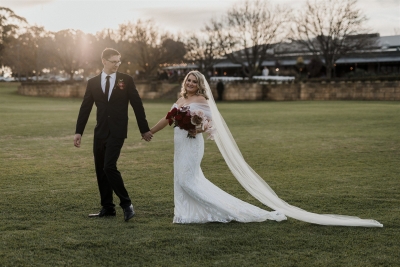 Polka Dot You
Anita & Jarred’s Sunny Winter Wedding At Sandalford Wines
For us, there is nothing more joyous than where you share your wedding day stories, your wedding, Today’s superstars? Anita […]
READ MORE 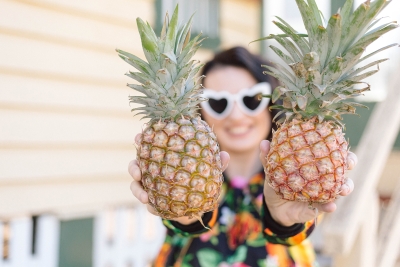 Polka Dot Wisdom
Wedding Planning Tips & Celebrating Your “Pineapple Moments” Along The Way!
Welcome to today’s wisdom blog! We are going to take a journey together and I’ll share some advice along the […]
READ MORE 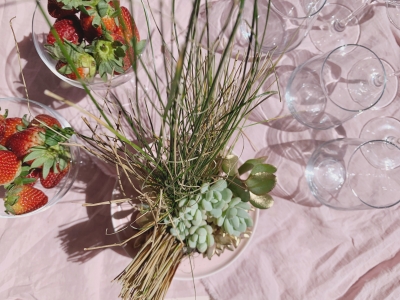 Polka Dot Made
A Touch Of Gold Succulent & Grass Centrepiece DIY Tutorial
Succulents are an ideal plant to incorporate into your event decorations – they last forever, most are hardy and they […]
READ MORE 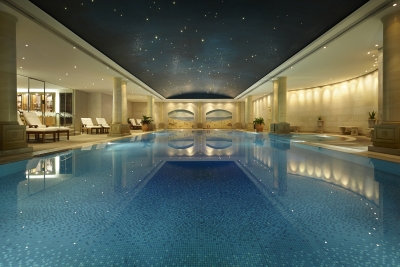 Polka Dot Honeymoons
Golden Slumbers: Luxe & Elegant Hotels For Your Honeymoon
Whether it’s a grand staircase to make an entrance or a colour scheme that makes you swoon, there’s something about […]
READ MORE