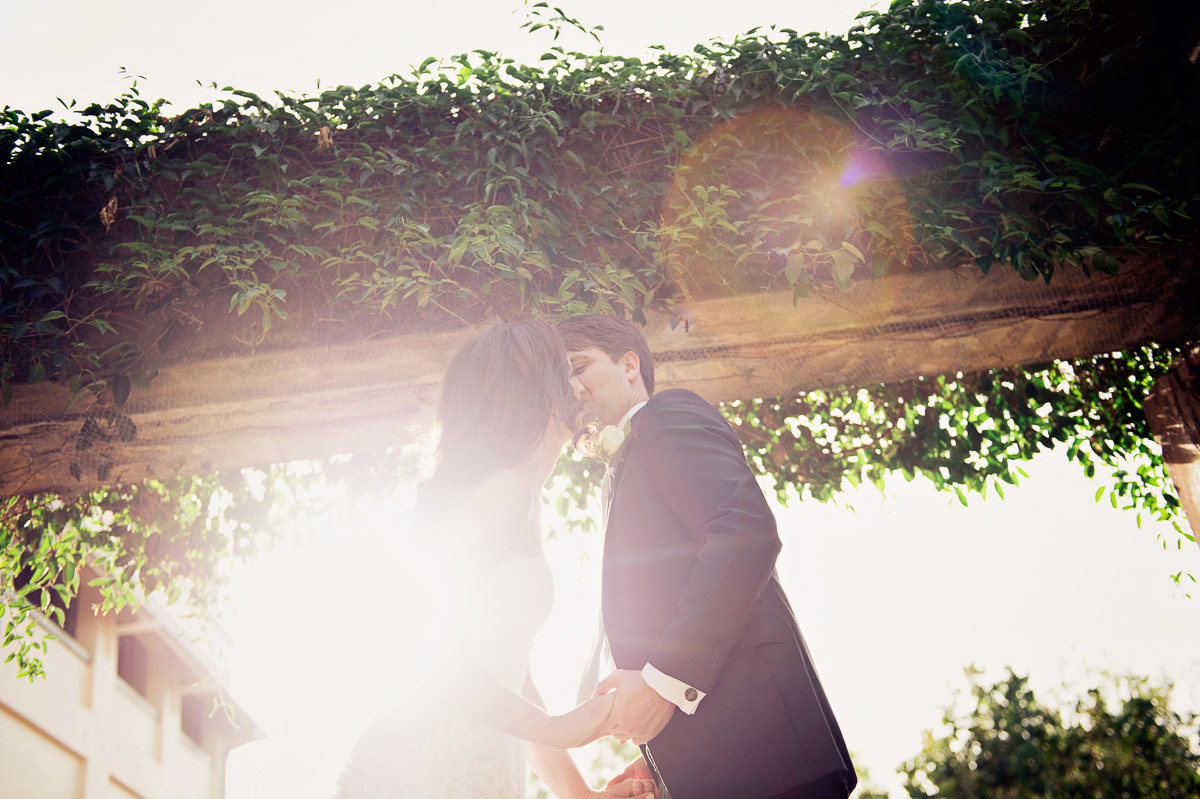 With a huge shift of brides and grooms stepping away from tradition, throwing out the rule book and doing things well and truly their way. We are experiencing an explosion of unique, captivating, personal and fun wedding ceremonies which feel so perfect for each unique couple and also for their guests who are loving the unconventional and personalised touches.

We are so excited for what’s in store for 2015 so here’s our hot tips on emerging 2015 wedding ceremony trends.

Giving Away the giving away

While it is still prevalent for the father of the bride, or mother and father of the bride to walk the bride down the aisle and ‘give them away’, with most coupes having already been an item for some time and usually already living together too, nowadays most couples view this more as the bride’s father or parents giving their blessing.

There is an increase in less traditional and more creative ‘giving away’ alternatives, here are some we have encountered and love! Many grooms prefer not to distinguish a ‘Best Man’ and instead give all their groomsmen the honour with a team of ‘Best Men’. This is a great way to spread the duties too, you can allocate a ‘Speeches Best Man’, a ‘Ring Security’ Best Man and a ‘Bucks Night’ Best Man, or if you’re game let them all share in the roles!

Some brides are also moving away from the ‘Bridesmaids’ title for their girls, one bride jokingly referred to them as her ‘brideslaves’ in reference to being a self-confessed control freak. Another bride substituted the title for Angels, Emma’s Angels to be precise which they all absolutely loved! While unplugged weddings are no longer a fresh new concept, asking guests to put their cameras and phones down for their ceremony and instead engage and enjoy how the ceremony feels is a rapidly growing trend with 40% of our couples choosing to pull the plug on guests faces hidden behind cameras through the ceremony.

Many wedding photographers are also favouring this concept as they get to capture moments like Mum and Dad’s reactions when their son or daughter is pronounced husband and wife, without a camera or iPad blocking this precious moment. Plus, without 50 cameras or phones being waved in the air or the aisle, all clambering to get a shot, the photographer is less likely to be hindered in capturing those super special once in a lifetime moments.

Unplugged or otherwise most of our couples like us to include a pre wedding announcement that no photos are to be uploaded to social media until the professional photographers photos have been shared by the couple.

With all the effort, planning and time that has gone in to create the special day, it makes perfect sense that the first photos that friends see of the day are the jaw dropping beautifully crafted professional ones.

Location Shoot before the ceremony

Traditionally the groom sees the bride for the very first time as she makes her way down the aisle towards him and after the ceremony has taken place, they have photos with family and friends before being whisked off away from the guests for their location shoot.

More and more couples are wanting to stay and celebrate with their loved ones after the ceremony, instead of being whisked away, however they recognise the importance of having those special location photos captured so, along with their photographer they simply meet a couple of hours before the ceremony for these, sometimes their meet will be in the form of a ‘first look’ or a ‘reveal’ or others find a sense of calmness and happiness in getting ready together pre-shoot.

Another benefit to scheduling the location photos before the ceremony is it means the ceremony can take place a little later and you can enjoy the most beautiful picturesque sunset ceremony! 5 years ago, around 70% of our couples were choosing to include readings in their ceremonies, now that’s down to just 20%. We believe that brides and grooms are choosing to keep their ceremonies simplistic, meaningful and relevant. They are acknowledging that unless there is a reading or quote that is special to them, they don’t want to include readings just for the sake of it.

Those that are including readings are often making them significant and unique by getting really creative and having some of the guests involved in putting the words together, or having their child write some words about their understanding of love.

Brides and grooms are no longer picturing their ceremony as the bit where they will be frozen with nerves, feeling like all eyes are on them wishing it is all over. Far from it! The rise of civil ceremonies and the huge choice of modern Celebrants and Ministers that is now available, has left the nerve wracking sombre ceremonies as a thing of the past.

Couples can now thoroughly enjoy every moment of their ceremony, which can be full of happiness, smiles and even laughter. They can have plenty of input in to the ceremony, and can often proof read and make edits to ensure it reflects them perfectly as a couple and creates the atmosphere they envisage for their day.

We’re also expecting to see an increase of dancing in ceremonies, from the bridemaids dancing their way down the aisle, to flash mob style bridal party exits up the aisle after the ceremony. Scrapping of the staged signing photo

With an increasing number of brides and grooms wanting their wedding photos to be captured in a natural journalistic way, more couples are baulking at the idea of a mock signing photo, where they pretend to be signing or pose with the certificate for photos.

Couples are opting instead for say a photo of the bride looking lovingly in to her husbands eyes as he whispers to her how beautiful she looks. Couples are wanting their day to be real not staged and for the photographer to capture that realness and those genuine timeless special moments.

An increasing number of brides are choosing not to take their new husbands surname for various reasons, so instead of being introduced as Mr and Mrs Smith, they are opting to be introduced instead as ‘Husband and Wife’. Either way it’s such a high point of the ceremony that whichever way this is announced, the guests respond with huge cheers and applause before congratulating the newlyweds with hugs and kisses. Ms Gingham says: So many fantastic ideas to think about! I love the giving away alternatives.


Ciara Hodge & Jamie Eastgate of Brisbane City Celebrants – We are a modern, passionate and enthusiastic team of Brisbane Wedding Celebrants. We love nothing more than seeing our brides and grooms so happy and relaxed throughout their wedding ceremony