How To Write Your Wedding Vows 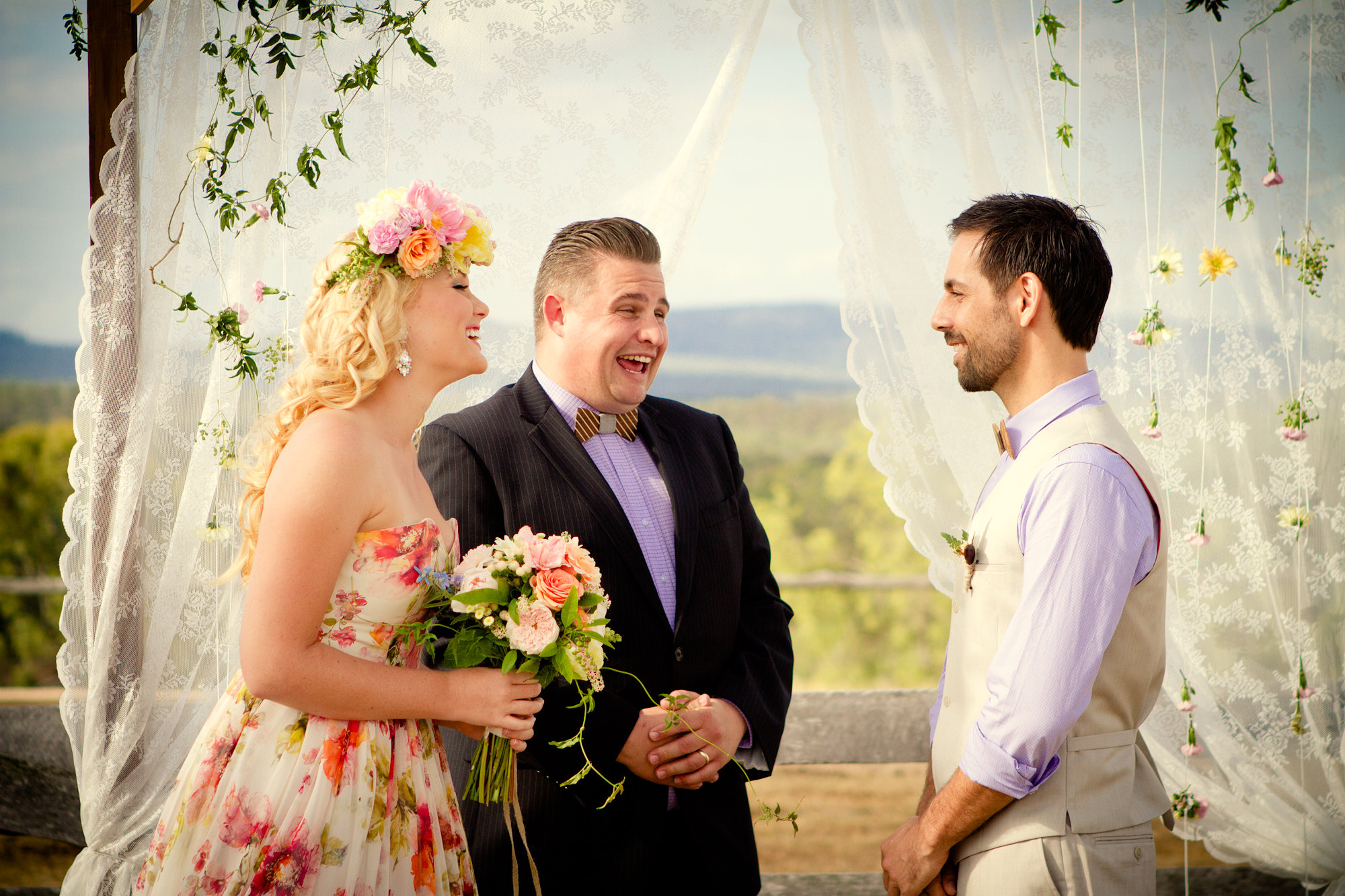 Photo by Just For Love Photography

In my profession as a marriage celebrant, my daily struggle is wedding vows. Not my own, thankfully. But in helping people with their vows. Some people want to write their own vows but then they go home and just Google someone else’s and use them, and then some are so scared of the thought of saying vows let alone writing them. So I wanted to tell everyone else what I tell the scared non-wedding-vowers.

First of all, so we’re all on the same page, a vow is a statement you make, not a question you answer. So anything involving ‘I do’ or ‘I will’ is not a vow, it’s an asking or a question.

Secondly, your vow is for one person and one person only, the bride or groom standing across from you. It’s ok for everyone else to listen, to laugh, or to cry, but your vow has an audience of one. So writing jokes for everyone’s entertainment isn’t my version of a good vow.

Thirdly, your vow is the most honest, real, and meaningful thing you’re doing on your wedding day. Before then it’s been all preparation, makeup and tying ties. Then your celebrant will encourage you on how awesome marriage is and why you’re making a really good decision to get married. And now, it’s a moment of reality and honesty as we hear from the “accused” (that’s a husband joke). After that it’s all drinks, food and party.

One more point defining what a vow is: there are no standard vows, normal vows, traditional vows or “the vows” that we celebrants have as a backup. There are Catholic vows, or Anglican vows, or the vows from that movie, or that list of vows from that blog post. In Australia there’s also the bare minimum legal vows that are required by the Marriage Act of 1961, if you’re in a civil ceremony at least. But the legal vows are all about you identifying yourself and your bride or bridegroom in front of your witnesses and confessing that you would like her or him to be your wife or husband. There’s nothing in there about death doing you part.

So now you’re left with a blank page after I’ve smashed all of your googling and tradition. Sorry.

This is how to write your wedding vows : make them a response to the awe-inspiring moment you’ll be taking part in, your marriage ceremony, and in response to the even more inspiring person you are partaking in that ceremony with, your bride or groom.

Respond to that moment, and make a vow. I’m not going to tell you what to vow, but in Australia at the very least you’ll need to vow to take them as your wife or husband. From there on I’ll let you choose what you would like to vow to, after all, I don’t know your fiancé or your relationship.

The final thing I would encourage you to do is to make your partner feel like a million dollars. The rest of the wedding day is an ‘everyone affair’, but for 5 minutes forget about everyone else and make your bride or groom feel like the princess or prince they are. Make sure they know with no doubt how you feel, how they make you feel, and what vow you are making in response to the commitment you’re both entering into.

Ms Gingham says: Probably the best post on writing your wedding vows that I have read. And I’ve read one or two.

Joshua Withers is a pretty cool marriage celebrant, according to his local barista and wife. If you click this link the wonders of the Internet will magically transfer you to his own website which even has a photo of him on it! marriedbyjosh.com