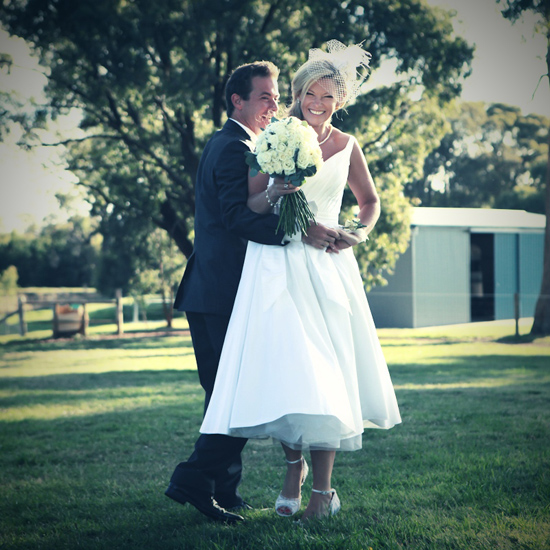 Tracey and Ben had an incredible kind of proposal. The kind that takes place during Australia’s biggest horse racing carnival, the kind that occurs with a never been done before film broadcast across the track at Flemington? That leads to a wedding filled with the bride’s beloved horse and a horseshoe shaped engagement ring?

A snippet of the couples story as told on their wedding day “After a kiss on the balcony (to celebrate a win at Cup Day!) They agreed to meet again in four days time at Stakes Day, for their first, official, date. At the end of their first date, sitting on a bench in the old Members Grandstand overlooking the post Melbourne Cup Carnival grounds, Ben asked Tracey to be his girlfriend.And Tracey said yes. And so it began.

Although the seed was planted during their UK trip, towards the end of 2010 Ben starting seriously thinking that Tracey was the girl that he wanted to spend the rest of his life with.  By September he was certain. He was to ask Tracey Karen Doolan to be his wife. He hatched a plan to propose to Tracey on their anniversary, Stakes Day 2010. Never one to be conventional, or take the easy road to reach his destination, Ben had the overzealous idea of proposing to Tracey via the 300mtr screen at Flemington at the end of the day.Why not he thought, no one else had done it before….

From this point a series of undercover activities transpired in the lead up to the asking of the big question. Saturday 6th November 2010 arrived, and everything was in place. The video was produced, the time was set for the AV crew to go live, and he had received sign off for his proposal through the ranks of the Victoria Racing Club. BTW: he was correct, no-one had proposed to their partner on a screen at Flemington before, but in typical Robertson fashion he had got it over the line again…

After a fantastic day at the races, Ben had Tracey back on the balcony of the old Members Grandstand. At six pm, Ben’s proposal video appeared. Tracey didn’t quite know what the make of it at first, but soon got the general jist… The video finished, and Ben dropped to his knee and asked Tracey to marry him. And Tracey said yes. And the crowd of VRC staff and friends that had gathered on the balconies on the Committee Room and International Lounge to watch the proposal unfold let out an almighty cheer!”

Photographs are by Goldsmith & Co  who are true to their vintage photography stye. Every shot looks like it’s from eras gone by.

Tracey and Ben held their wedding on their own farm outside of Melbourne. Tracey says “The arbour, bridal table and entrance directional signage were made from timbers reclaimed from the old veranda. Ben’s mother hand-made the 175mtrs of bunting. Ben’s father built the signing table. I handmade the name cards, place cards and various other signage. The styling across the ceremony & reception incorporated foliage, flowers and veggies, hay bales & sleepers, baby native gums, plus whatever else we thought would work from the garden, house & property.”

Tracey remembers “I rode in on my beautiful horse Thorpedo to ‘Jessica’s Theme’ from the Man from Snowy River – a dream of mine!!!”

The floral arrangements were styled by iBloom Events Australia. Tracey recalls “Melinda and Sarah used leaves and foliage from our farm, collected with love by Ben’s Mum, Maxine.”

Guests took home little gum trees- a nod to the gum tree that Tracey & Ben planted during their wedding ceremony.

In lieu of cakes, guests feasted on Tiramisu cups made by Guy Grossi from Grossi Florentino.  Tracey’s sister Melissa Grossi was her Matron of Honour.

For their first dance, Tracey recalls “We danced to ‘At Last’ – Etta James. We learnt some moves from a great friend, Lys Baker who is a professional Salsa Dancer who made sure on the night we had heaps of fun!!” 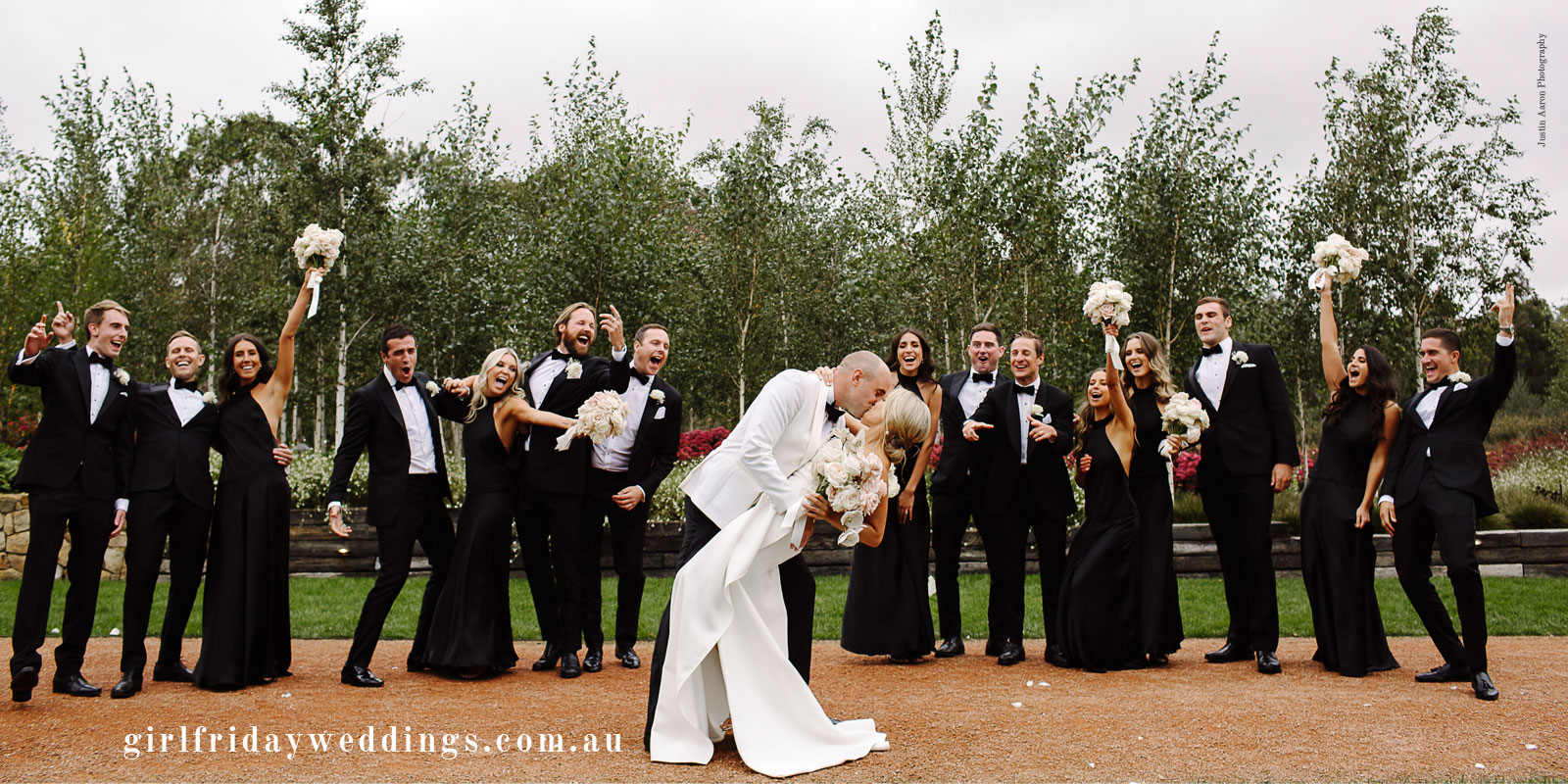 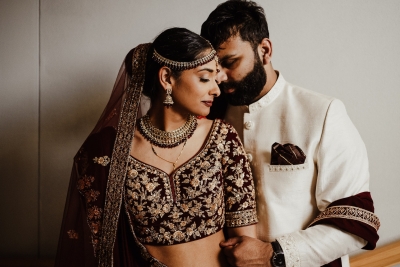 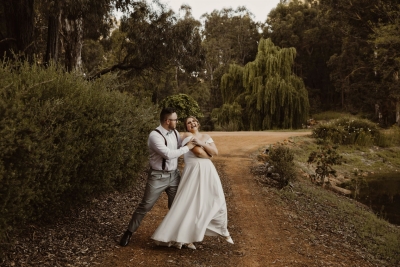 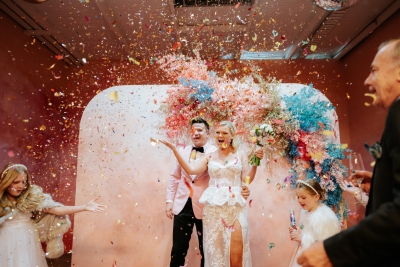 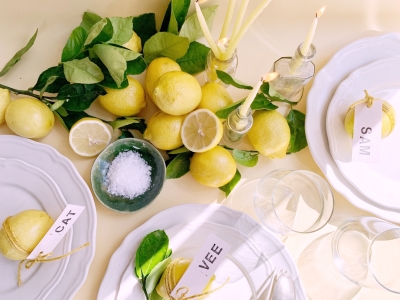