A very special wedding for you today- remember Stephanie and Joseph’s engagement shoot?. They headed back to the farm to tie the knot! In a vegan, eco friendly barn wedding, Stephanie and Joseph thought through every detail and every facet matched the life they lead together. I love this wedding- not only does it take place in a barn (something we get so many requests for!), Stephanie wore a gorgeous short wedding gown (Brisbane brides you sure know how to style it up!), there are bikes, bunting and a whole lot of love! (As a side note- this wedding was planned in just four months!)

Stephanie and Joseph met four years ago.”February 2004. It was the first day of orientation and the first introduction class to our degree. I walked into the lecture room determined to sit next to someone and to make friends straight away. I quickly scanned the big lecture room and picked the guy sitting by himself that looks the most decent out of a bad bunch (hey, I did an engineering degree, so I didn’t have much choice there, and there wasn’t any girl around). So I plonked myself right next to him and cheerfully said “Hi!!!”  It wasn’t love at first sight.  He thought I was too loud and annoying; and I thought he was daggy.  Somehow after a couple of years of being around me involuntarily, Joseph started to adjust his hearing and made a room in his heart for me.  I still thought he was daggy.  So began the hardest year of his life: manipulating me one day at a time to win me over (in his own words).  We became very good friends but after a while I started to realise that he wasn’t genuinely trying to help me with my assignments.  When confronted with this, his reply was “I know that you’re going to be my wife one day”.  I told him to just be friends, but also asked him is it’s possible for us to still be very good friends when we’re old and have grandkids of our own.  To this he replied “Hmmm not really… when you’re that old you do things with your own family and can’t have daily chit chats with your male friend”.  I was so devastated, because I wanted to be friends with him until we’re old, so finally I decided to give him a chance because I enjoyed his company so much anyway, what do his looks matter compared to his personality?  (Joseph later told me that he responded that way to manipulate me to date him).  So I began dating my best friend, and after three months I realised that he had it right the whole time:  I too, was convinced, that I would be his wife one day.”

Feather & Stone are today’s photographers, and you will fall head over heels for these wedding photos just like I did! this awesome foursome are fresh, oh so happy and doing some brilliant, innovative things in photography! Another bunch of Aussies who are always around to make me laugh or provide an inspiring idea! As Stephanie says, “Finding the right photographer that suited our aesthetic and that we got along with was a nightmare.  We had a shortlist of a few photographers that we wanted to meet but the second we met Feather + Stone we knew they were the one(s) and stopped looking.”

Stephanie says “When Joseph and I decided to stop putting off our wedding and start getting our act together, we knew that we didn’t want to go down the cookie cutter path.  We had a clear vision of what the wedding would be like and neither of us were willing to compromise with whatever was available in the wedding market.

Our top 3 priorities to focus were the outfits, photography and food.”

“I first saw my dress four years ago (late 2006), and still loved it when my wedding finally came around!  It was a Marc Jacobs dress from his spring/ summer 2007 collection.  I managed to find a very similar fabric to the original dress so I decided to get it made with the addition of mint green chiffon placed randomly in the skirt.

The dress was beautifully made by Alter Ego. Joseph had his suit made from scratch at The Cloakroom, complete with his name being sewn to the inner lining of the suit and embroidery of his initials on the cuff!  My headband was handmade from an Etsy seller and shoes by Stella McCartney because they were non-leather and suitable for vegetarians.

We bought the flowers from the Rocklea wholesale fresh flower market and my super talented sister in law arranged them all into centre pieces, various decoration in old watering cans, milk cans, creaming cans, aisle seat decoration, even the boutonnières!”

Homemade sweet treats were made by family members and added to a refreshment table at the ceremony. Stephanie designed and printed the paper cards for each treat and the boxes were sourced at second hand stores.

The wedding colours were green and purple. Stephanie explains “The primary colour theme for the wedding was a no-brainer; everybody knows my favourite colour is green. I incorporated gingham into the equation to pay respect to my school in Jakarta (where I grew up), who are known for their green gingham uniform!  I chose purple as the secondary colour because it is the colour that suits Joseph’s complexion the most and I wanted him to wear an outfit that really suited him.”

A refreshment table was set with fruit punch, iced water and iced tea along with strawberry coconut slice (a nod to Stephanie’s Indonesian heritage) and traditional fruit cake (a nod to Joseph’s heritage). Photos of Stephanie and Joseph were pinned to a board as decoration.

Choosing to marry on the farm wasn’t an easy decision. “The biggest challenge though, was finding the right venue.  This turned out to be the biggest nightmare.  We spent several weeks, months, looking for the venue and nothing felt right to us.  All the commercial venues just felt, well…..commercial, and couldn’t be modified to do what we wanted.  Knowing our desperation, Joseph’s family friend, the Costantini family, offered their farm property as our venue.

At first I hesitated, but Joseph saw the potential and once he explained what we could do to it, I suddenly got very excited.  We planned to have the ceremony outdoors and the reception in one of the un-used chicken sheds.  Nobody really understood our vision and couldn’t picture what we wanted to do.  Fortunately they went along with our idea to help us anyway.  To say the least, everyone was blown away upon seeing the final result of the farm transformation!”

Stephanie says “We went budget for everything else outside of the top 3 priorities, and yes, that meant doing every single thing ourselves.  So the tasks were naturally split into two categories: farm tasks (manly) and other tasks (desk based and often girly).” The “manly” tasks included building a new entrance way to the shed, planting trees, spreading topsoil, put up lights, building paths, mowing the entire farm and setting up the furniture. The “girly” tasks included choosing music for the event (from the artists Stephanie & Joseph has seen in concert together), designing and creating all the stationery, building a wedding registry website, scouring op shops for props, made the bunting and ring pillow,  making a tree branch chandelier and even sourcing their favourite perfumes to wear on the day.

For their getaway, what else would Stephanie and Joseph use but an eco friendly option? They rode their bikes (both restored by the couple and their friends- Joseph rode a lilac bike while Stephanie rode mint green)!

So much more to share from today’s wedding! See part two here! 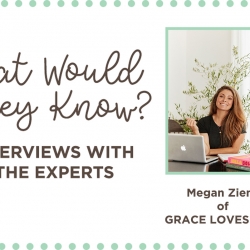