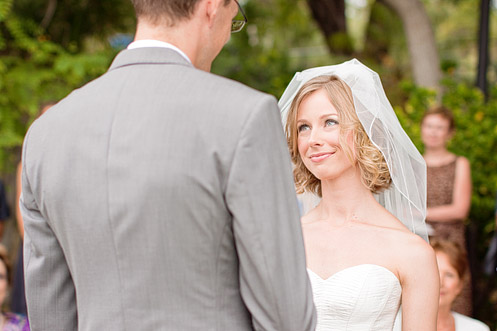 Two Western Australian weddings in one week – I know, I know! But the two weddings we’ve featured this week have been completely beautiful in their individual ways. Today’s wedding of Von and Conrad is simply stunning. The couple planned their Perth wedding from Melbourne and filled it with simply elegant touches reflective of their lifestyle.

Von says “We wanted it to be relaxed, informal and elegant with the focus being spending time with our guests rather than spending time honouring wedding traditions that weren’t important to us.”

Photos today are by Angela Higgins. Von says “I got ready at Eight Nicholson, a beautifully renovated Victorian in Subiaco. It was a lovely atmosphere, very relaxed with lots of natural light and tasty and timely refreshments during the day including sandwiches, coffee, champagne and chocolate cake.” Angela wore Jimmy Choo heels (which she fell in love with after seeing them only nine days before the wedding) and a gown from Izaro Haute Couture. Lisa Chester styled Von’s wedding day hair & makeup. Von and Conrad used the one venue for their ceremony and reception “We used Mosman’s Restaurant in Mosman Park for the wedding.  We were married in the garden outside the restaurant by the river with the sound of the water a soothing accompaniment to all the serious things we were promising”. Von walked down the aisle to a version of “Better Together” by Jack Johnson played by Tom Tueno acoustically on the guitar. Von says “We have two gorgeous nieces who were our bridal party.  The music was playing, my veil was over my face, everyone was watching … and at the exact moment I was about to fall to pieces completely overwhelmed by all the emotion, our three year old flower girl inadvertently saved me. Instead of walking down the aisle dropping her rose petals, she started to pick up the petals dropped by the other flower girl. Not only that, she got distracted half way down exclaiming “A bug!” and completely oblivious, she started following that instead of continuing to walk down the aisle. From that moment on, I was laughing instead of crying and look forward to thanking her when she’s old enough to understand!” After the ceremony, the newlyweds prepared their first toast of the day. Von says “I loved the traditions that we did actually follow from my Polish heritage.The first toast has stuck with us both…  “may the best day of your past be the worst day of your future”. Not only was that a lovely sentiment, we also had fun adhering to the tradition of smashing our glasses for luck following the toast!” More beautiful photos of this beautiful wedding for you this afternoon!

Beyond the bouquet, flowers are the quintessential ‘finishing touch’ for any wedding.

Adorn your aisle, style your altar, throw petals, beautify guest tables, wear them, enjoy them and so much more. 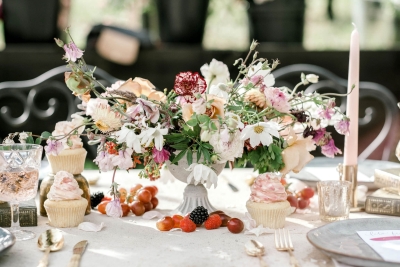 Polka Dot Featured
“Dancing Elements” Vintage Romance Wedding Ideas
You know how much flowers make our little wedding-obsessed hearts go round, so for The Flowers Issue, what better to […]
READ MORE 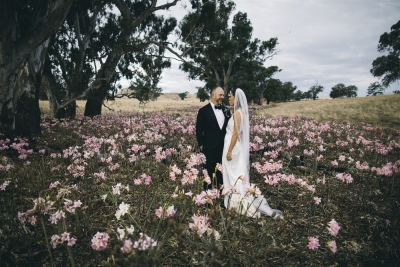 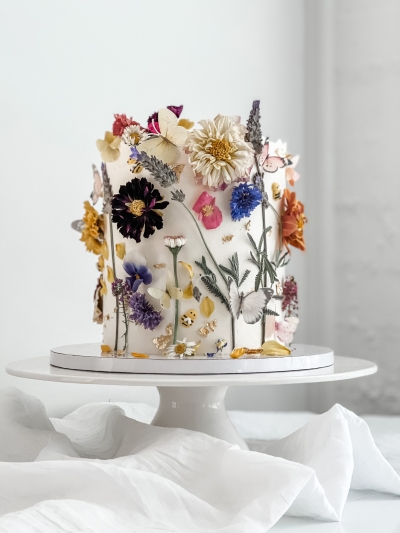 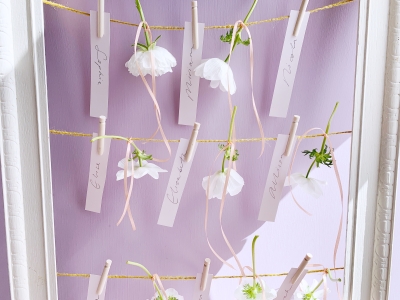 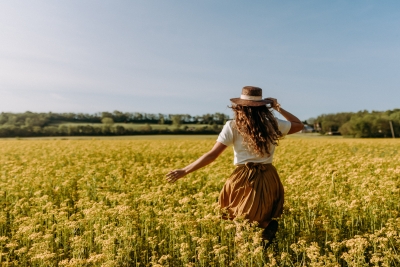 This story also features the following wedding vendors.
If you've been featured below, we'd love to get to know you. Click here to join Polka Dot Wedding.
Photographer
Angela Higgins