I spent last Sunday morning curled up watching Brides live coverage of the Priscilla of Boston and Melissa Sweet runway shows. So it seemed only fitting to recount my favourite dresses from the flurry that was bridal week!

I noticed beautiful colour on the runway this year. Features like molded flowers, pockets and coloured shawls made an appearance. While there was still a lot of “bling” jeweled adornments, it was certainly downplayed this year. It felt much more subtle. There was also a return to big, full traditional skirts- though the short wedding dress is still a popular design and the skirts- so many full tulle ballerina style skirts!

Christos, Platinum for Priscilla Of Boston

Images courtesy of Pronovias via Brides 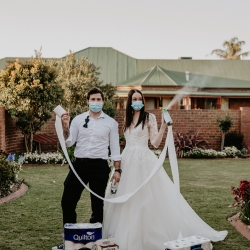 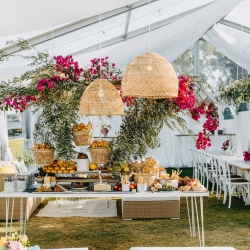