Adori Studios sent me what looks like such a beautiful afternoon by the water. A picnic (because they happen by the water with good food and bubbles… or they do in my life!) a few fun props (personal to Rhi & Ryan and their loves) and even a bike ride! Rhi remarks “I guess our story is becoming a common one now.

Boy notices girl on a Social Networking site. Boy sends her random messages, usually lame attempts at humour, to which the girl politely responds. Because boy & girl live in a small(ish) town, they know OF each other, but have never actually MET each other.” “Fast-forward several months, and boy receives a text from the girl, insisting that he join her out for some drinks. Boy, excited but overly nervous, almost takes too long to get ready for the evening, and has to beg with the security of the establishment to let him in after-hours. Lucky for both boy & girl, security obliges, and our love affair begins.” “A mutual friend of ours was so frustrated by our shyness of each other before we dated, that he tried many times to forcibly set us up…without either of us knowing.” “Even at the beginning of our relationship, we both knew we had found our perfect compliment, despite our differences. Boy, painfully O.C.D-like in almost every regard. And girl, a chaotic hell-raiser. Opposites, in this case, most definitely attract.” “Ryan was a dj when we ‘knew of’ each other, I would spend my weekends checking him out! & would both find ways to make our paths cross. “On the night Ryan proposed, we were on our way to see MGMT in Byron Bay, most of our relationship memories have beautiful musical highlights. (going to festivals, concerts together).” “On March 3rd 2011, on the way to a concert in Byron Bay, boy proposed to girl on the beach as an incredible electrical storm closed in. It couldn’t have been timed better.” “We are honeymooning in New York (Ryan’s fav city in the world) & New Orleans (A life long love & borderline pilgrimage of mine).” “We are now coming up to our 4th year together. The past 4 years have been the best of our lives, and on May 5th 2012, we will be tying the knot at our new home in Noosa.” We do like to be beside the seaside.  Drift away with Coastal month on Polka Dot Wedding. 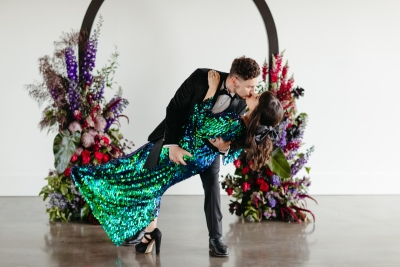 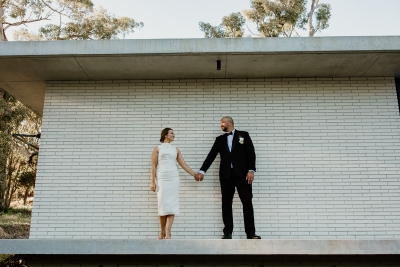 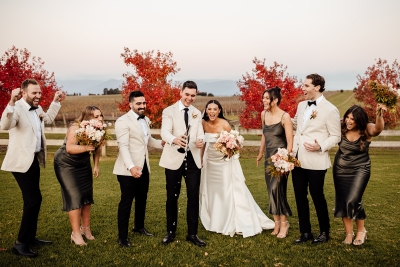 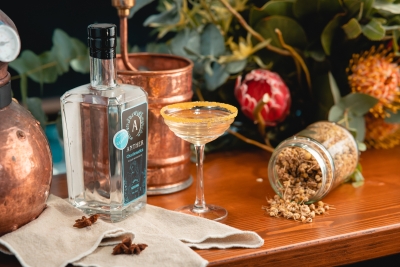